Subsidies and succour: ‘Millions being spent on Ramazan Bazaars’

Subsidies and succour: ‘Millions being spent on Ramazan Bazaars’ 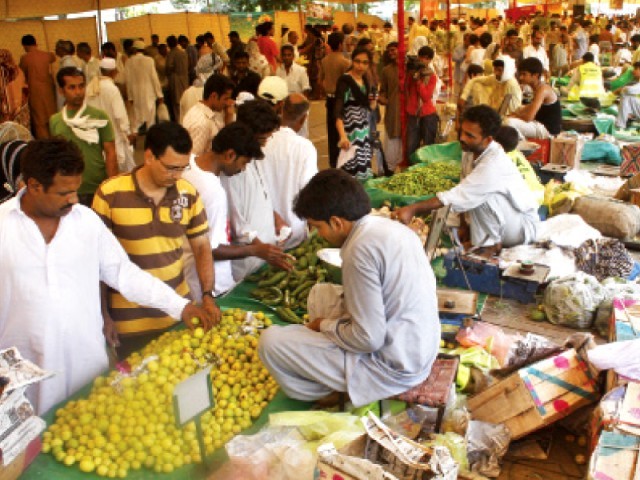 Minister for Irrigation Mian Yawar Zaman said on Tuesday that his Pakistan Muslim League-Nawaz government had spent millions on subsidising quality necessities at Ramazan Bazaars for the benefit of the public. Zaman was speaking after visiting Ramazan Bazaars established in the city. A number of officials accompanied the minister.

Zaman visited the Melewali Gali Ramazan Bazaar and inspected vendors’ stalls and checked the quality and prices of the commodities being sold.

He checked moisture content in flour being sold and directed the district food controller to inspect flour samples regularly. The minister said that quality necessities were being sold in Ramazan Bazaars at rates lower in than in the open market. Zaman said that Ramazan Bazaars had been established across the province under the directions of the prime minister and the chief minister to provide immediate relief to the public.

Separately, the minister conducted a surprise visit to Khanqah Sharif Ramzan Bazaar. He said that his government would take strict action against anyone found guilty of fleecing the public.