Most legal practitioners have acted as the vested interest that keep reaping dividends off a system which has failed. “Basically, our criminal justice system is responsible for the delay in the trial in this case.”


This comment by Sardar Mohammad Latif Khan Khosa, the PPP secretary-general and a senior counsel in the Benazir Bhutto murder case, sums up the story of Pakistan’s criminal justice system — crying for reform in dramatically changed sociopolitical times.

Benazir was assassinated at Liaquat Bagh in Rawalpindi on December 27, 2007, along with 22 others, but the murder case has been pending in anti-terrorism courts for about seven years. Initially five accused — Rafaqat Hussain, Husnain Gul, Sher Zaman, Aitezaz Shah and Abdul Rashid — were put on trial in November 2008. But, about three years later, the prosecution nominated the then city police officer Rawalpindi, Saud Aziz, and SP Khurram Shehzad in the case. This prompted the court to scrap the previous proceedings and start the trial afresh. As of July 20, out of 130 witnesses had been examined.

This painfully slow progress exposes many ills that afflict the legal justice system. Firstly, the lacunas in the prosecution services rest on the Criminal Procedures Code (CrPC) — a 19th-century relic from the British colonial era. Secondly, poorly prepared prosecution cases, whose content keeps changing as the cases progress. And this relates to the First Information Report (FIR), which constitutes the original content.

It is unfortunate that scores of senior law practitioners like Khosa have for decades thrived off the same system, without meaningfully raising the crushing weaknesses in the CrPC at any forum and demanding its reform.

What merits a mention here that under the Zardari-Gilani-Khosa rule between 2008-2013, the PPP hardly ever seriously pursued the Benazir murder case. The PPP government dragged its feet even in securing the much-needed amendments to the Anti-Terrorism Act (ATA) of 1997.

Since June last year, the Parliament has made certain critical amendments to the Anti-Terrorism (Amendment) ACT, including Section 21 of the ATA, which allows trial of a case through video-link. Generally, most of the legal practitioners have simply acted as the vested interest that keeps reaping dividends off a system, which has miserably failed in delivering justice to the majority. Also, one wonders whether any of the legal luminaries ever highlighted the crippling dimensions of the CrPC, particularly when they held important posts.

Most of these law practitioners have simply continued the practice without questioning a system that seems to benefit only the mighty and affluent ones. If you possess resources, you can get away even with murder. At times, even contesting lawyers collude to get a case hearing delayed or deferred, or even adjudicated in a mutually beneficial way.

No documentation exists on ground to suggest that leading lawyers have expressed their displeasure over the CrPC and sought to correct through parliament. Those handling prosecution matters within provincial governments point out that the bane lies in a system that is essentially driven by the FIR — either lodged after the crime or after the investigation undertaken by low-ranking police officials. Often, the FIR is a manipulated compilation of half-truths, loaded with several sections of the Pakistan Penal Code and legal terminology. Such FIRs invariably obstruct quick adjudication of cases — even if well prepared.

Some provinces — Punjab, in particular — have invested considerable amounts in prosecution services — albeit mostly with support from donors. Yet the faulty foundation, i.e., investigation and the FIR renders such investment in prosecutorial services meaningless.


Politicians, too, have barely ever displayed any intent for reform of the criminal justice system. They too are beneficiaries of the old system as it allows them strengthen their electoral constituency through intervention/arbitration in cases of disputes among their constituents. Attempts for police reform sound noble but the results may not be very different as long as the CrPC remains in place. 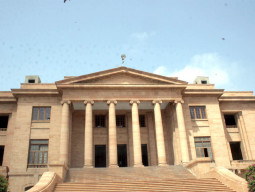 Everything that is rotten in the nation's judiciary can be traced to the travesty of justice which was the Bhutto trial. Until the open wounds from that disgraceful trial are healed, the judicial system will never recover.

Our prervious chief Justice, Iftikhar Chaudhary was given a historic opportunity to heal those wounds by the Bhutto trial reference filed by the previous government. Unfortunately, he was too busy with his agenda of self promotion, and allowed the matter to be shoved under the carpet. Too bad.