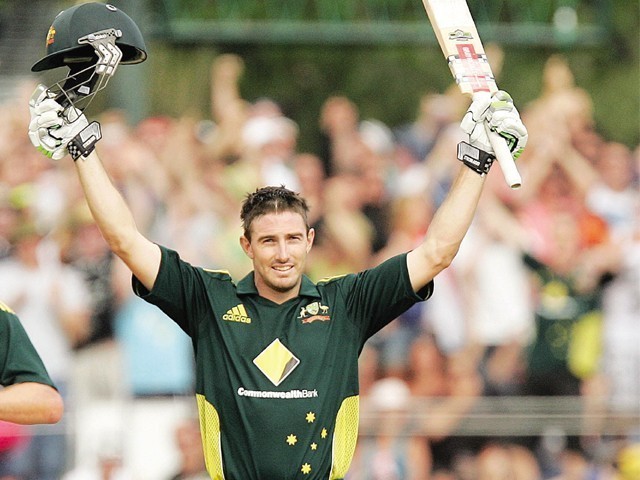 The left-hander is expected to go under the knife next week which rules him out of the upcoming tours of Zimbabwe and the United Arab Emirates, where Australia face Pakistan on neutral turf.

But he should be back for the opening match of the four-Test series against India, which starts in Brisbane on December 4.

Marsh suffered the injury in the Indian Premier League.

Australia had initially hoped it would be fixed with rest but he failed to recover, with surgery the only other option.

“Most cricketers tend to cope with a short period of rest… but it’s still a problem,” said Kountouris.

“It’s a three or four month recovery period and we’ve chosen to go ahead with that, knowing the World Cup (starts in February, 2015),” he said.

“It still allows time for him to play for Western Australia and prepare for the World Cup and Ashes next year.”

Marsh was recalled to the Test side for the tour of South Africa in February, top scoring in the opening clash with a sparkling 148.

He then made a pair in the second Test and was dropped for Shane Watson in the series decider.

In other injury news, paceman Ryan Harris is continuing his recovery from knee surgery, with Kountouris hoping to have him ready for the India Test series.

“But until he starts running and bowling it’s very hard to predict,” he said.

Fellow fast bowler James Pattinson (back stress fracture) has resumed running but is yet to bowl in the nets.

“He’ll be playing some time in the summer. Whether it’s December, January or late November — it’s hard to tell before we get him up and going,” Kountouris said.

New constitution empowers Board of Governors