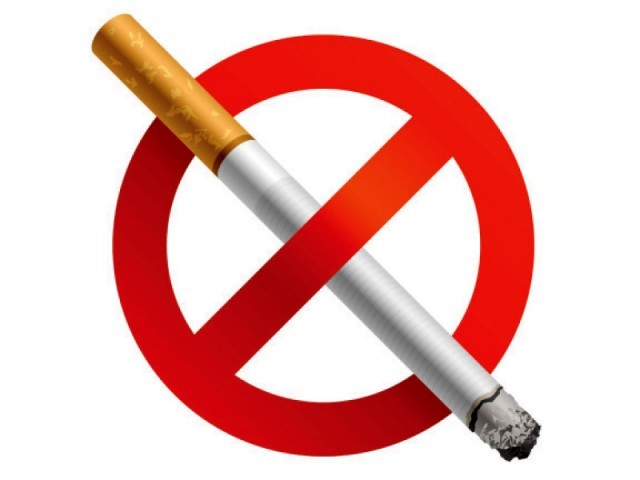 A recent initiative to stem tobacco use seems to be bearing fruit, albeit partially, as more than 30 public places in the city have been registered as smoke-free zones.

The anti-tobacco policy was initiated by the Capital Administration and Development Division (CADD) for the city’s public places to make Islamabad a tobacco-free city and is in continuation of another government initiative titled “Strengthening Tobacco-Free Islamabad”.

According to the policy, when a public place is declared as tobacco/smoke free zone, experts will train the staff of the public places, install proper sign boards both inside and outside the facility and provide information, education and communication material to raise awareness.

The policy seems to be working as several hotels, restaurants, schools and government offices are complying with the directions and ensuring tobacco use is discouraged.

Last month, the Islamabad High Court directed the capital’s deputy commissioner to submit a compliance report in three weeks with regard to action taken against places offering sheesha.

Despite some progress, a number of restaurants in the city’s posh areas are openly offering sheesha to youngsters and so far have not been raided even once.

Among them is Cafe Roof Top in Sector F-6 which openly offers sheesha to youngsters and their employees are ignorant of any anti-tobacco law in the country.

Talking to The Express Tribune, one of the waiters said they were serving sheesha without any objections from the regulatory authorities.

“A majority of the people working here are not aware of an anti-tobacco law and the police have not yet asked us to stop serving it,” he said.

The CADD initiative’s manger operations, Mohammad Aftab, said they are doing everything they can to materialise the dream of making the capital a smoke-free zone but are faced with various challenges.

“There are some restaurants who offer sheesha during certain hours of the day when they know police will not be available to make a raid,” he said.

He said it is the responsibility of police to monitor the sale of sheesha and take action against people violating the Prohibition of Smoking and Protection of Non-Smokers Health Ordinance, 2002.

However, some action is being taken to ensure the law’s implementation. From January this year to date, Islamabad Assistant Commissioner (Rural) Mariam Mumtaz, has conducted various raids in her sub-division and registered 54 cases against violators and fined them more than Rs70,000.

The Islamabad Police also arrested 21violators during a recent raid at restaurants and cafes in Sector F-6/4, including the daughter of a federal secretary. Similarly, a special team headed by the SHO of Kohsar Police Station, raided a restaurant titled “Baskin Chalet” situated in House No. 19, Street 52, Sector F-6/4 and arrested 21 people for violating tobacco laws at public places.

A case has been registered against the restaurant’s administration for violating sections 5,7,8,9 and 10 of the ordinance.

Aftab said CADD is trying to involve members of the youth who are non-smokers to stand up for their right to breathe fresh air by pasting posters at public places. He said 500 stickers have been pasted inside shops in Jinnah Super Market and more than 300 public places have been covered by “No-Smoking” plates.

A nationwide survey by the World Health Organisation conducted last year found that 15 per cent of children aged 13 to 15 are using tobacco in various forms. These include 18 per cent boys and 11.3 % per cent girls. Some 10 per cent of the children interviewed said they had been provided with free cigarette samples by tobacco companies, while 40 per cent said they started smoking before the age of 10.

An estimated 100,000 people are killed due to tobacco use in the country every year.