Blackmail: Man accused of extorting money from his wife

Her husband had threatened to implicate her brothers in fake cases if she didn’t give him Rs100,000. An additional district and sessions judge on Friday sought comments from the Mustafabad SHO on a petition filed by a woman accusing her husband, a cook at a police station, of extorting money from her and threatening to implicate her brothers in fake cases if his demands were not met.

Saima Yousaf said she was married to Muhammad Faqeer, a cook for the Punjab Police who introduced himself as an operator of the Punjab IG.

She said her husband had threatened to implicate her brothers in fake cases if she didn’t give him Rs100,000 as ‘bhatta’ (protection money).

She said she had complained about this to the police but the station house officer had refused to register a case against her husband. 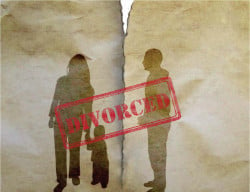