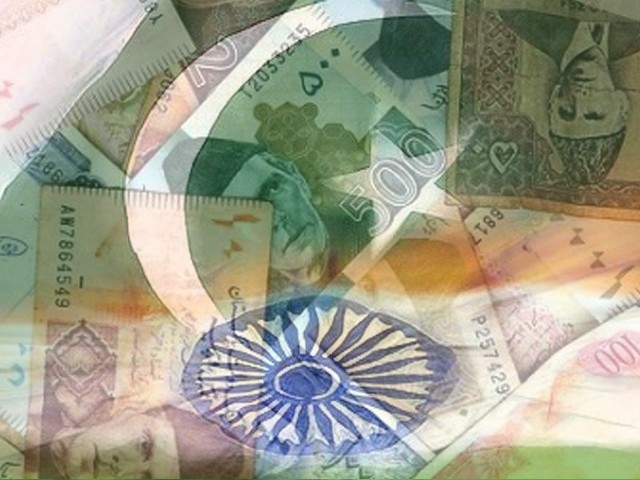 Division of assets and liabilities of Reserve Bank of India post-1947 remains incomplete to this day. PHOTO: FILE

KARACHI: When it comes to Pakistan-India relations, it’s not just the territorial disputes that refuse to fade away even after 67 years of the Partition.

The division of assets and liabilities of the Reserve Bank of India (RBI) post-1947 remains incomplete to this day. According to the State Bank of Pakistan (SBP), India still owes it a little over Rs5.6 billion – mainly on account of assets held with the RBI “pending transfer to Pakistan”.

In other words, the country’s central monetary authority believes India has yet to cough up money equivalent to the present-day value of the assets that RBI had refused to surrender to the government of Pakistan, although the latter was entitled to receive them post-Partition.

From the first-ever Statement of Affairs that the SBP issued on its second day of existence – July 2, 1948 – to the latest one released on June 27, 2014, the central bank has listed the unsettled claims on the RBI among its “assets” unfailingly for the last 66 years.

The SBP’s issue department – which deals with currency and the assets that underlie it – shows the outstanding claims on the RBI under two distinct categories of assets.

While the first set of so-called assets is self-explanatory, the second claim on the RBI needs detailed explanation.

As per the agreement between political leaderships of the two sides, the RBI was to remain the central monetary authority for both India and Pakistan post-Partition, with Indian notes to stay on as legal tender in Pakistan until September 30, 1948.

According to the first annual report of the SBP for 1948-49, the two governments mutually agreed to end the RBI’s status of the common monetary authority from July 1, 1948, as Pakistan became “exposed to grave dangers” without the right to control its currency and banking.

According to historian S Aijaz Husain, total assets that the government of Pakistan was entitled to receive from the RBI amounted to Rs1.7 billion. However, the SBP received assets worth only Rs1.2 billion.

The difference between the claims and the actual amount surrendered by the RBI was Rs490.8 million. Out of this amount, “India notes representing assets receivable from the RBI” accounted for Rs430.2 million while assets “held with the RBI pending transfer to Pakistan” equalled Rs59 million.

This means that original, unsettled claims of Rs490.8 million have now ballooned to over Rs5.6 billion after adjusting for inflation, exchange rate revisions and appreciation of underlying securities during the last six and a half decades.

That Pakistan will ever be able to arm-twist its eastern neighbour into paying its claims seems impossible, at least in the foreseeable future. So why doesn’t the SBP simply write off the unsettled claims and rid its Statement of Affairs of “assets” that practically don’t exist?

In the post-gold standard era, the liabilities in the form of Pakistan’s currency, currently in excess of Rs2.3 trillion, are largely backed by government securities. That’s why the assets in the form of unsettled claims on the RBI equal less than 0.25% of the SBP-issued notes in circulation.

The SBP spokesperson shied away from commenting on the issue. But several former central bankers The Express Tribune spoke to believe such a decision can only be taken by the country’s political leadership.

Doing away with assets, which owe their doubtful existence on the central bank’s books to decades-old animosity with India, is likely to generate a backlash at home. With hyper-nationalist analysts frothing at their mouths on 24/7 news channels, any resolution of outstanding claims on the RBI appears improbable for now.