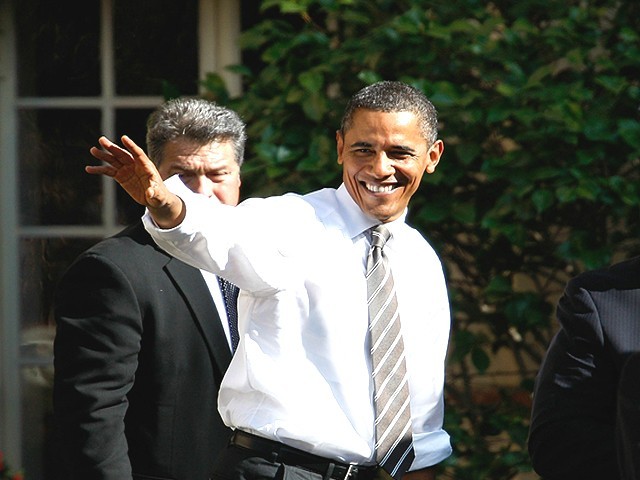 No US president has ever visited country during democratic rule PHOTO: AFP

ISLAMABAD: As US President Barack Obama on Saturday began his three-day maiden trip to India, diplomatic observers here believe Pakistan should be watchful but need not worry about burgeoning ties between Washington and New Delhi.

Interestingly, no American president has ever visited Pakistan during democratic rule. There were reports that Islamabad was persuading the White House to ensure that Obama’s itinerary to the region does include Pakistan.

Analysts and former diplomats are of the opinion that Pakistan should not overreact to the development.

“Why are we expecting President Obama to visit Pakistan also? Are we part of India,” remarked former foreign secretary Shamshad Ahmed. “Our concerns should only be confined to the strategic issues. Otherwise, we should not be bothered about who visits India,” insisted Ahmed.

In the past, Obama’s predecessors visited India and Pakistan in the same trip.

“Those were not visits but just stopovers,” commented another former top diplomat Riaz Khokhar while referring to the visits of former presidents Clinton and Bush to Pakistan.

Others say the Americans have been trying for years to de-hyphenate their relations with Pakistan and India.

“President Obama’s visit to India is part of that strategy,” remarked Dr Ishtiaq Ahmed, professor of international relations at the Quaid-e-Azam University.

But he believes the Obama administration cannot ignore Pakistan while improving ties with India. “In the emerging scenario Pakistan has a major role in the region,” said Dr Ishtiaq, who will soon take over Pakistan Chair at the Oxford University.

At the memorial service for the victims of Mumbai attacks, President Obama said the US and India are united against terrorism, but stopped short of naming Pakistan in his speech.

“It was a good speech,” said Riaz Khokhar. He said Obama’s remarks indicated that he was not willing to toe the India line on the Mumbai attacks, which New Delhi blamed on Pakistan.

The attacks led to the suspension of peace process between the nuclear-armed neighbours.

But Pakistan expects President Obama’s visit will pave the way for the resumption of peace process and resolution of the decades-old Kashmir dispute. “We hope the US president’s visit to India would contribute towards promoting peace and stability in South Asia,” said Foreign Office spokesperson Abdul Basit.

However, he cautioned, “In case the US shows total indifference to the issue central to peace in the region, then, we will obviously be concerned.”

Many in Pakistan do not expect President Obama to take up the Kashmir issue publicly, as he will not offend his hosts from whom he is trying to secure $10 billion in export deals.

“Many things go behind the scenes and I am sure President Obama will discuss Kashmir privately,” said Shamshad Ahmed.

However, Riaz Khokhar does not pin great hopes on this. “I don’t think Obama’s visit will bring any dramatic change in the region,” he said.