Out of this, nearly 13,000 were arrest­ed for target killin­gs, murder, kidnap­ping and extort­ion.
By Our Correspondent
Published: July 12, 2014
Tweet Email 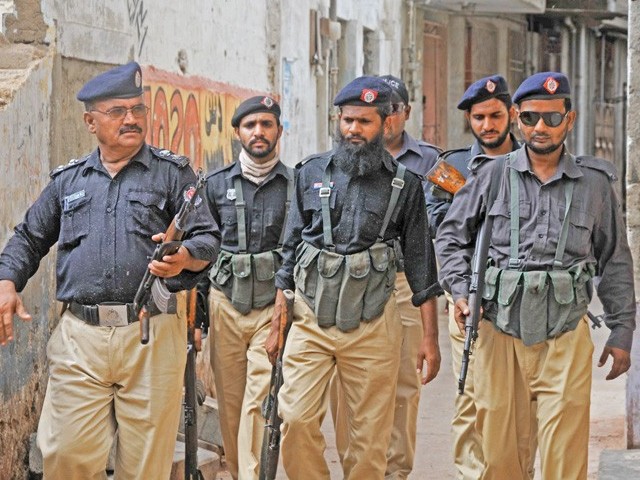 KARACHI: Around 28,000 suspects have been apprehended by the police in the last 10 months as part of the Karachi operation. They have also managed to kill 392 criminals in alleged encounters. Incidents of extortion, street crime and kidnapping for ransom, on the other hand, have increased.

A report prepared by the Karachi police on the operation shows that the 392 criminals who were killed included extortionists, target killers and members of the Tehreek-e-Taliban Pakistan. They were killed in alleged encounters with the police.

According to the report, nearly 13,000 suspects were arrested for target killings, murder, kidnapping for ransom, extortion, terrorism, robberies, narcotics and arms while 15,599 were absconders and proclaimed offenders.

While talking to the media on Friday, Karachi police spokesperson Atiq Shaikh said that there was a decrease in target killing cases in the city.

While the police claim to have arrested more than 28,000 suspects, prison authorities say they only have around 1,000 men at Central Jail Karachi and District Jail Malir.

According to Shaikh, due to weak prosecution, unavailability of the witness and evidence many criminals were released from jail. Following the increase in kidnapping for ransom cases, the Karachi Chamber of Commerce president asked the prime minister to hand over the city to the armed forces. Traders have also complained that the kidnapping for ransom and extortion cases have increased even more in Ramazan and the police have failed to stop them from happening.