Transf­ormers Age of Extinc­tion is one film that is a must watch for people from all age bracke­ts and prefer­ably, in 3D
Published: July 11, 2014
Tweet Email 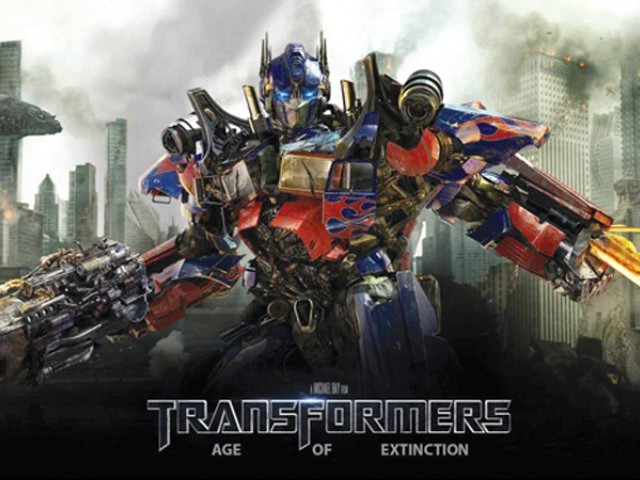 This is one film that is a must watch for people from all age brackets and preferably, in 3D. Any film that has the Karan Johar tag on it is bound to be a hit, especially when it features two sensational youngsters and KJo protégés in lead roles. In the film, Student of the Year’s Alia Bhatt and Varun Dhawan will be depicting the role broke strangers who instantly develop a rapport with each other. Together, they continue their pursuit of happiness against fouls and mischief. This romantic Bollywood drama has been produced by Saif Ali Khan and features newcomer Arman Jain, who is Kareena Kapoor Khan’s cousin. Even if you don’t like a stereotypical love story, which this film seems to be, music composer AR Rahman’s tunes will surely lift your mood. Though the film hasn’t performed well at the box office, it’s still one of the two ‘big’ Bollywood films running amid relatively slow cinema business during the ongoing Ramazan. Some films are made for the big screen and any film by Michael Bay would count as one. No matter how much you criticise the director for relying more on special effects and less on content, his recreation of Optimus Prime and the other robots is exceptional. This is one film that is a must watch for people from all age brackets and preferably, in 3D.

Did you know?: Belgian football fan lands a deal with L’Oréal