State of education in Swat Valley

State of education in Swat Valley 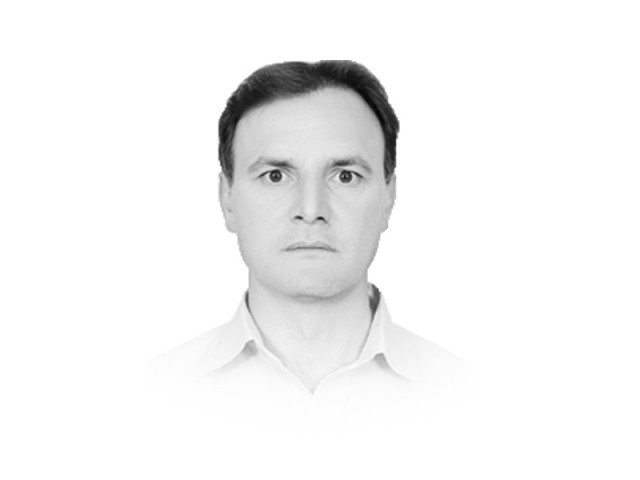 Talimand Khan is a native of Swat and a research fellow at the Sustainable Development Center, Islamabad Dr Lubna Nazir Chaudhry is chairperson of the Department of Human Development at Binghamton University in New York

Education has yet to make its way to the national priorities list, particularly when it comes to resource allocation and utilisation. The ground realities paint a gloomy picture across the rural and urban divide in the Swat Valley. The majority of students in remote rural areas of the valley face access problems that lead to much higher dropout rates at the high school and college level. Moreover, rural schools are also ill-equipped in terms of resources such as computers and science laboratories and tend to have fewer qualified teachers in subjects such as mathematics and physics.

A 2012 report regarding government schools issued by the Elementary & Secondary Education Department of Khyber-Pakhtunkhwa shows a steady increase in enrolment since 2006-07 that is inching towards gender parity at the primary level, but depicts a massive dropout at middle and secondary levels. These findings were also confirmed by a study we undertook.

The considerable dropout rate of male students at the middle and secondary levels can be explained in economic terms. According to our study, students from lower and lower-middle income groups cannot afford either transportation cost to big towns or boarding and lodging expenses in the urban centres where most of the higher education facilities are located.

Affordability of educational expenses is not the only factor behind high dropout rates for males; opportunity cost on the part of parents is also fundamental to low enrolments at higher levels. In the urban areas of Swat, after completing their primary education, many children opt for skill-learning enterprises; they start work as apprentices in different workshops such as furniture shops, automobile workshops and electrician stores.

For girl students, economic factors, along with cultural norms, dictate gender segregation and complicate their access to education. In the prevailing social environment, girls are not allowed to utilise public transportation and their main conveyance tends to be private vehicles, which many cannot afford.

Besides pointing to issues around basic infrastructure, other problems, including the lack of teaching staff and laboratory equipment, also exist. Most of the laboratories in high schools, a prerequisite for scientific experiments, either lack equipment or contain outdated instruments. Apart from a few exceptions, private schools are not better in this regard either.

Accessibility issues overshadow questions of quality and viability of education in policy circles. Secondary and intermediate level students were unable to express themselves fully in the language of instruction, that is, Urdu or English, highlighting the need for a curriculum that is delivered in the students’ mother tongues. The majority of secondary and intermediate level students interviewed for the study exhibited a lack of clarity of vision and were totally indecisive about their career, indicating a lack of confidence in the education system and its viability. Additionally, political interference in education departments also hinders accountability and quality. Posting and transfer of academic as well as management cadre is mostly politically motivated: merit and preference of location rarely figure in such matters. Such practices suppress motivation and initiatives on the part of both cadres. While local members of parliaments never bother to visit or monitor schools, they do take an interest in matters of posting and transfer.

The majority of respondents in our study stated that the purpose of education was to get jobs and wealth. At the same time, the majority of the students we interviewed did not reflect critical thinking nor any sociopolitical analyses in their responses. Our study also noted that some of the respondents spoke of their desire to join the military. Although the majority of the interviewed youth supported Malala’s stance on female education, they also cited social pressure as a reason for not sending their own sisters to school beyond the primary level.

Gender discrimination is indeed sharp when it comes to post-primary education of women. When the Talibanisation receded in the valley, there was a surge in girls’ enrolment at the primary level. Yet, the sustainability of this trend is a challenge. The dropout rates for females at middle and secondary levels is currently quite alarming.