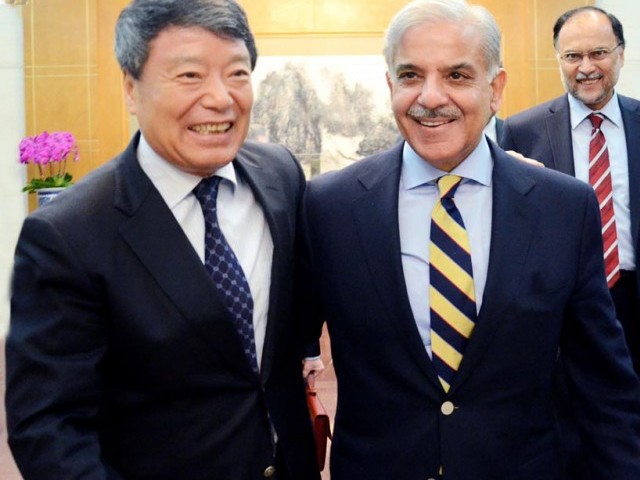 As part of their three-day visit to China, Federal Minister of Planning, Development and Reform Ahsan Iqbal and Punjab Chief Minister Shahbaz Sharif held several meetings to discuss the progress on energy and infrastructure projects of the China-Pakistan Economic Corridor.

The high-powered delegation met with several leading financial institutions. Iqbal said the meetings helped in developing a roadmap for faster execution of economic corridor projects, particularly with reference to the mode of financing.

Almost all the groundwork including land acquisition, policy interventions and other necessary arrangements have been finalised. This will make the investment environment all the more conducive for execution of Early Harvest Projects.

“The projects in the energy sector will help Pakistan overcome shortages and boost economic growth whereas infrastructure and transportation projects will improve connectivity and give a boost to trade between the two countries,” said Iqbal.

“Gwadar is the gateway to the economic corridor and it will be developed into a modern port city,” he said.

He announced that a meeting of the Joint Coordination Committee overseeing the economic corridor would be held in Pakistan by the end of August. The delegation also discussed the agenda for the meeting.

They met with the Chinese National Development and Reform Commission, the China Development Bank, the Industrial and Commercial Bank of China, the Exim Bank, the National Energy Administration and heads of Chinese corporate sector.