Seminar: ‘Without caring for IDPs, war is unwinnable’

Seminar: ‘Without caring for IDPs, war is unwinnable’ 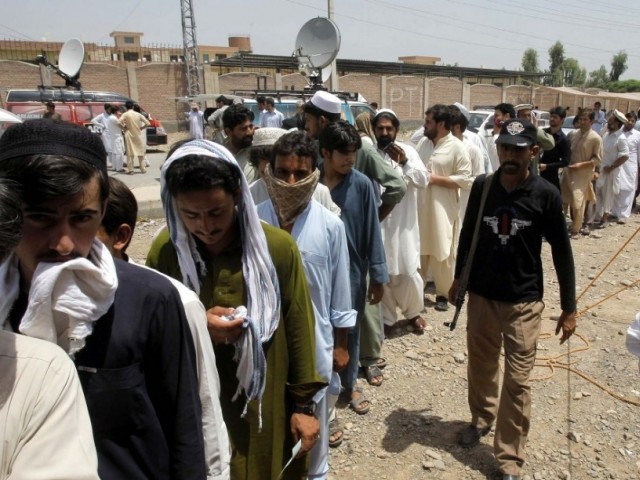 If the IDPs are not satisfied, the war cannot be won, said Senator Aitzaz Ahsan

ISLAMABAD: The number of internally displaced persons (IDP) from North Waziristan is likely to rise as high as 1.4 million. If the IDPs are not satisfied, the war cannot be won, said Senator Aitzaz Ahsan on Tuesday at a seminar titled “Impact of Terrorism on Human Rights”.

Addressing a group of journalists at an event organised by Fazaldad Human Rights Institute, Ahsan said that the government had miserably failed to provide assistance to IDPs.

“The law passed by the National Assembly was not acceptable…however, after the amendments the law was ultimately approved.”

The senate made three categories of accused — enemy and alien, which are foreigners, and militant, which is anyone arrested while preparing to commit an act of terrorism.

Furthermore, there was an objection in the senate on making the law applicable all over Pakistan. “We in the senate thought that would raise suspicion and the federation would be questioned,” he said.

The National Assembly approved it for three years, while the senate brought it down to two. “War time laws have to be different. This one is under judicial oversight,” he said. Religious extremism and sectarianism is covered in the law, he added.

States and Frontier Regions Minister Abdul Qadir Baloch said special laws were the need of the hour, adding that the special laws would be in line with international human rights norms.

He said the second phase of ration distribution among IDPs is about to begin in some places and the waiting period is likely to come down to two hours. He said Fata needed representation. The vacuum that the Taliban leave must be filled, and for which the FATA Administration must have a say.

He said Rs16 billion are needed for administrative care of the IDPs. The national policy for now is to not launch any international appeal, but those who want to assist Pakistan can do so.

“I think we have to recognise that it is not a military operation. The whole country is in a war where we cannot determine the geography or timeframe,” He said.

Journalist and author Zahid Hussain said operation Zarb-e-Azb was one dimensional and it must be understood that militants are not just in North Waziristan, but rather, the network is stretched across the country.

“Attack on GHQ, PAF Kamra and Karachi airport are examples of the spread,” He said.

Hussain said the peace deal had resulted in more bloodshed.  “The free media in Pakistan has a huge responsibility. Attitudes of various media outlets are changing, however, a counter-narrative must be built. It is not like the 1965 war where everyone is united. It is a different kind of war,” he said.