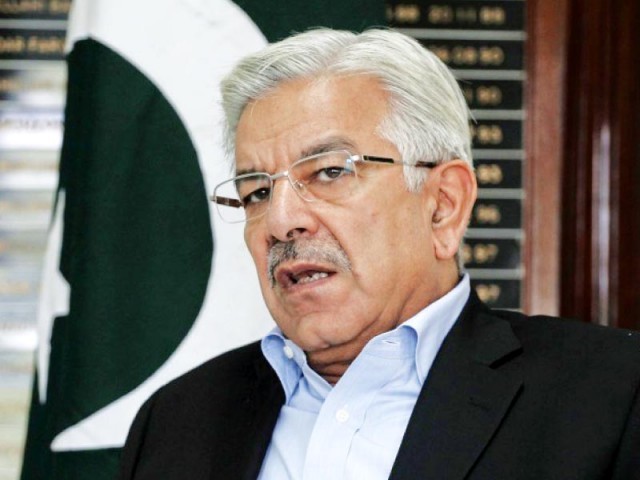 ISLAMABAD: Defence Minister Khawaja Muhammad Asif has said that 400 terrorists have so far been killed in the ongoing military operation in North Waziristan.

In an interview with Radio Pakistan, the minister further said that 20 soldiers were killed in the line of duty.

Asif said that although he cannot give a time-frame for the completion of the Zarb-e-Azb operation, efforts to finish it as early as possible will be made.

“The government will not rest until the elimination of the last terrorist from the country,” said the defence minister.

He further added that the government will take main political parties into confidence on the eradication of terrorism and the timely return and rehabilitation of internally displaced persons.