Report: Right time to bet money on startups in Pakistan

Report: Right time to bet money on startups in Pakistan 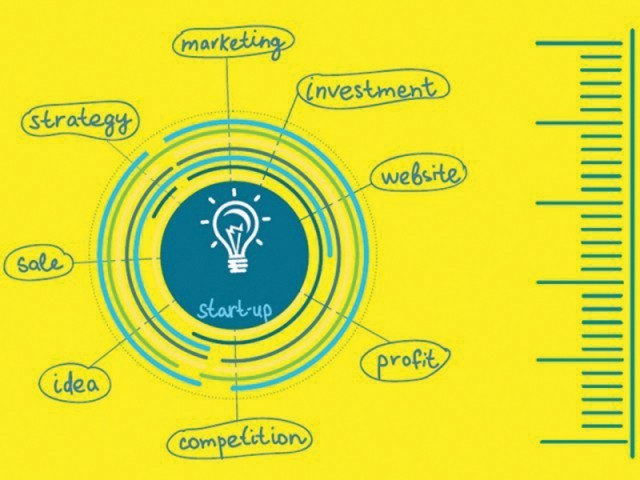 An insight to Pakistan’s startup culture, the report highlights the country’s potential as the next possible destination for serial entrepreneurs and investors. CREATIVE COMMONS

“Pakistan will grow; the only uncertainty is the speed at which it does,” Pakistan Startup Report concludes while noting “now is a very interesting time” for both entrepreneurs and investors to bet their money on startups in the world’s sixth largest population base.

An encyclopedia of the country’s startup culture, the document, along with its wiki, has been compiled by the World Startup Report, a Silicon Valley-based organisation that builds community-driven entrepreneurial guides for every part of the world.

The World Startup Wiki – a World Startup Report’s project that maps out business opportunities worldwide – has released its Pakistan chapter on its website.

The project will go live from Monday, July 7, as the officials provide the latest updates on Pakistan’s startup ecosystem. This is an ongoing work-in-progress as the data and insights are continuously subject to change, they say about the Pakistan Startup Wiki.

The World Startup Wiki was launched by Bowei Gai, SV-based serial entrepreneur and founder of CardMunch that was acquired by LinkedIn in 2011. The Pakistan chapter was co-authored by Gai and Adam Dawood of DYL Ventures Pakistan with contributions from the country’s startup community.

The purpose of the report is to document Pakistan’s startup ecosystem as a chapter of the World Startup Report through detailed analyses and reports based on the local culture, trends, key players and challenges, the document says. “We wish to share this report pro bono to encourage investors to take advantage of current opportunities.”

An insight to Pakistan’s startup culture, the report – which is loaded with statistics about the country’s Information Communication Technology sector and demographic details – highlights the country’s potential as the next possible destination for serial entrepreneurs and investors.

There are 12,500 Pakistanis working in Silicon Valley, the report says, and many Pakistanis who have studied and worked abroad are returning to start their own ventures.

“Recent investments are testament to the increasing interest and confidence of investors in local startups. Investors can see beyond the short-term issues in Pakistan and have foresight to capitalise on the long-term future potential,” the report said, quoting an official that went by @Kayzafar.

With its 180 million plus people – of whom 60% are between 15 and 45 years of age – Pakistan is the world’s sixth most populous country and the fourth largest middle class population in absolute numbers in Developing Asia, according to the report.

Despite a 16% internet penetration, about half of its 30 million internet users access internet through mobile phones – the country’s mobile penetration stands at 74% or 136.5 million subscriptions.

With the recent introduction of third-generation (3G) mobile technology, the country’s broadband user base is expected to be somewhere between 25 to 45 million by 2020. With most of its internet subscribers being active users of social media, the country is home to 14.4 million Facebook users (as of June 2014).

Pakistan lays claim to some of the world’s best IT engineers and designers many of whom choose to go into freelancing. There are approximately 1 million freelancers working online in the country, the report says.

Besides data and statistics, the report also highlights the country’s pro-investor policies. Pakistan has one of the most liberal policies in the region, it says. For example, foreign investors are allowed to hold 100% equity and full repatriation of capital.

It is impossible to quantify number of startups in the country, said Dawood who is also a frequent contributor of TechinAsia – an online technology media company based across Asia and the US. The report, however, mentions some successful startups originating from Pakistan.

The report also mentions several international players that have already invested in the country to build a startup ecosystem – Rocket internet and Naspers for example.

The report would have been incomplete had it not mentioned the challenges entrepreneurs are likely to face in the country.

“Due to the sensitive nature of certain religious and cultural issues social media channels such as  Facebook and Twitter have been banned at various points in the last five years,” it said, adding, “YouTube is still offline, and recently Twitter has been blocking certain tweets.”

Lack of basic infrastructure is another challenge facing Pakistani startups. “Low penetration of credit and debit cards means most orders are via Cash-on-Delivery,” it said – Pakistan is also the second highest country for credit card fraud. Beside this, poor transport infrastructure makes logistics suffer at times while power outages add to cost of business.

However, despite these challenges the authors are optimistic about the country’s growth and advise investors accordingly.

In need: IDP from Waziristan seeks help for daughters suffering from thalassaemia