Parking woes: In Pindi, the only space to park cars is on the road

Parking woes: In Pindi, the only space to park cars is on the road 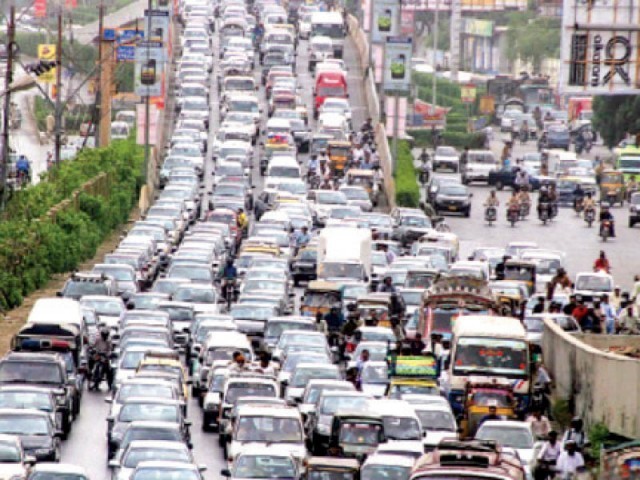 In most big cities, parking your car can be a challenge, especially if there are few designated car parks and encroachments leave no space for vehicles on the roadside. But in the garrison city, people park their cars wherever there is space.

“I see parking violations every day inside city limits, parking which obstructs movement of vehicles, vehicles in no-parking zones, and parking in a manner that can cause accidents,” said Saman Hussain, a corporate employee.

“I’m unclear about the offence, I don’t know if I should stop parking on the road. Although it is a massive inconvenience for others, I have to do it as the main road in Gulzar-e-Quaid from the entrance up to Ayaan Bakers is always full of parked vehicles on both sides of the road,” said Anwar Shah, who lives near the bakery.

“The other day I was trying to find some space to park my car in one of the lanes in Saddar already encroached by auto workshops and to my amazement I saw many cars parked with two wheels on the pavement,” said Hamid Hasan, an educationist.

“Parking on the pavement is the only way to park on Pindi’s roads and cars are constantly parked there. However, I don’t know if it is technically illegal to park there,” said Basit Ali, a resident of Satellite Town.

Several residents were of the view that Saidpur Road had been reduced to a narrow strip by the many businesses operating along it. Any work on this street should be complemented by efforts to make it more pedestrian-and traffic-friendly. The entire area has been turned into one big parking lot.”

“Sandwiched between IJ Principal Road and Murree Road, Saidpur Road does not have much going for it as it is full of encroachments.  As it has residential areas as well, it has to cater to the demands of both shoppers and residents,” said Hasrat Hussain, an advocate.

Numerous shopkeepers have encroached the pavement and roadside. Obviously, this gets in the way of traffic that enters from Islamabad and moves towards Saddar and vice versa.

“This is a timber market. A good number of heavy vehicles enter this road and many use this route to reach different destinations within the inner city. Although entry of heavy vehicles is restricted in specific hours, it is not unusual to see them any time of the day,” said Ali Asghar, a businessman.

“In most commercial areas, there are no parking spaces available. Motorists are forced to park their vehicle either on the main roads or in residential areas,” said Ahmad Reza, a trader.

“We know that any arterial road in city limits is strictly a no-parking zone but we are forced to turn into streets when the main roads are blocked. The blockage is especially severe during school and office hours,” said Nargis Mohib, a commuter.

“City managers say commercial establishments are supposed to provide parking facilities. Some have provided this facility in their basements. I remember a building on Mall Road once had a basement for parking but later on it transformed into shops,” said Mohsin Sheikh, an entrepreneur.

“People generally blame us for the perennial problem of parking, but the rapid increase in the number of  vehicles, fewer parking spaces in the city, and misconception among motorists that a road without a no-parking sign is free parking space for any vehicle, all contribute to the worsening scenario,” said Intezar Hussain, a traffic warden.