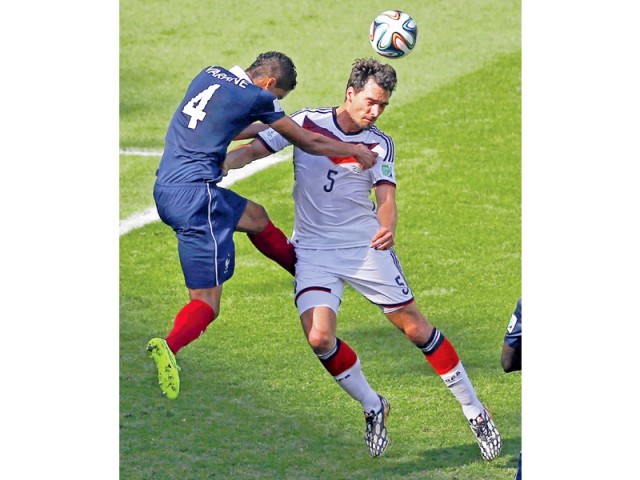 RIO DE JANEIRO: Mats Hummels headed Germany to a 1-0 victory over old rivals France on Friday, taking his country to the World Cup semi-finals for a record fourth straight time.

Germany now play their semi-final on Tuesday at Belo Horizonte. This is the 13th time in 20 attempts Germany have reached the World Cup’s semi-finals.