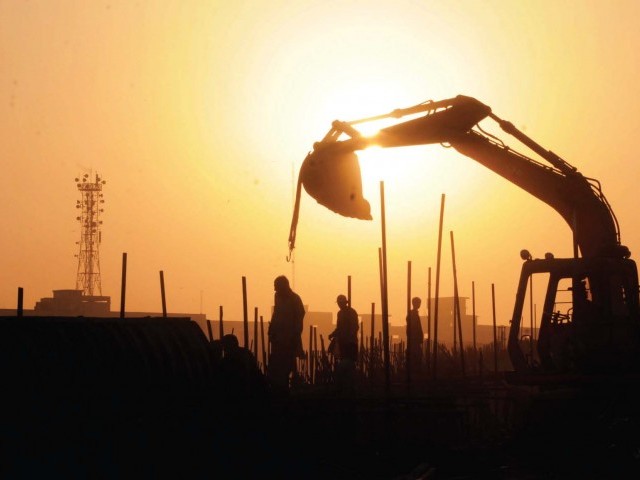 The 387 kilometer long Sukkur-Multan project will be completed at a cost of Rs259.4 billion. 90% of the project cost will be funded by China. PHOTO: EXPRESS/ FILE

ISLAMABAD: The Executive Committee of National Economic Council on Thursday approved a dozen development schemes worth Rs428 billion including projects related to China-Pakistan Economic Corridor and raising of Balochistan Constibulary.

Under the chair of Finance Minister Ishaq Dar, the ECNEC also approved the construction of Karachi-Multan-Lahore Motorway (KLM) Project’s Sukkur-Multan leg. The approval came just days before a Pakistani delegation is set to leave for China to discuss financing issues of infrastructure and energy sector projects that will be completed under the economic corridor project.

The 387 kilometer long Sukkur-Multan project will be completed at a cost of Rs259.4 billion. 90% of the project cost will be funded by China, according to a handout issued by Ministry of Finance after the ECNEC meeting. The remaining cost of the project will come from PSDP.

The project is expected to be completed by October 2017 and will be executed by National Highway Authority. The project envisages construction of 387 km long, six lanes, Sukkur-Multan section and is part of 1,148 km Karachi-Lahore Motorway.

The body also approved land acquisition, affected properties compensation and relocation of utilities for construction of the Motorway. This will cost Rs51 billion.

With the approval of the land acquisition and construction of a section of the Karachi-Lahore motorway, the issue of Pak-China corridor route has been settled. In order to address security concerns on the old western route through Balochistan, the government has opted for the new Eastern route despite protestations from Khyber-Pakhtunkhwa (K-P) and Balochistan parliamentarians.

The old route was along the western lines of the country but passes through some restive areas. Pakistan and China have agreed to construct the economic corridor that will give access to western parts of China to Gwadar port for international trade and secure energy supplies for the future.

The ECNEC approved a project for raising the Balochistan Constabulary at a cost of Rs5.2 billion. The project is aimed at assisting police and district administration in maintaining law and order in the crisis hit province.

The constabulary will also be responsible for ensuring security along the economic corridor.

The body also approved acquisition of land for establishment of Free Trade Zone in Gwadar at a cost of Rs6.5 billion.

The project aims to acquire 2,281 acres of land for establishing a free trade zone at Gwadar Port. 1,627 acres of the required land would be acquired from private land owners.

The meeting also approved the widening and improvement of the 250 km long Kalat-Quetta-Chaman Road section of National Highway N-25 with a revised cost of Rs19.2billion.

At a cost of Rs30.5 billion the ECNEC cleared the Hasanabdal (Burhan)-Havelian Expressway.

A project for flood emergency reconstruction of bunds and canals was approved at a cost of Rs26.9 billion. Almost Rs19.2 million of the funds would acquired from foreign loan.

The body also approved a project for evacuation of power from Wind Power Plants at Jhimpir and Gharo Wind Clusters located in district Thatta and Jamshoro in Sindh with a modified cost of Rs11.3 billion.

Rs4.9 billion, in principle, was also approved for Prime Minister’s programme for provision of laptops. The program aims at distributing 100,000 laptops amongst students studying in any public sector higher education institute across the country.

The ECNEC approved rehabilitation and up-gradation of Trimmu Barrage and Panjnad Headwork’s with a rationalised cost of Rs16.8 billion including Rs14.9 billion loan by Asian Development Bank (ADB).