The cabine­t member says he will take charge in a day or two.
By Manzoor Ali
Published: July 1, 2014
Tweet Email 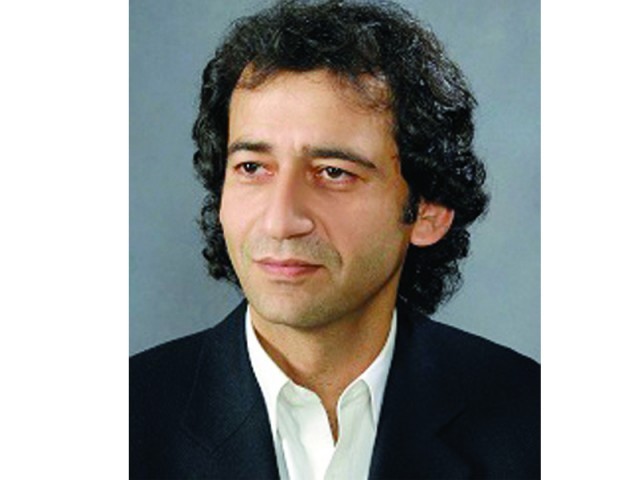 Khyber-Pakhtunkhwa (K-P) Chief Minister Pervez Khattak has assigned the additional portfolio of energy and power to provincial minister for elementary and secondary education Mohammad Atif Khan, according to an official handout issued on Monday. The dispatch stated Khan will take charge with immediate effect.

Confirming the development to The Express Tribune, Khan said he will take charge of his responsibilities in a day or two and will also be briefed by the department.The portfolio of irrigation, energy and power was earlier assigned to Qaumi Watan Party (QWP) provincial chief and parliamentary leader in the K-P Assembly Sikandar Hayat Sherpao. However, it has been vacant since November 13, 2013 when the ruling Pakistan Tehreek-e-Insaf (PTI) sacked Sherpao and Ibrar Tanoli over corruption charges. Incensed, the QWP pulled out of the government and is now one of the most vocal critics of the ruling coalition led by PTI.

During the recent reshuffle of cabinet posts, the irrigation ministry was assigned to Mehmood Khan. However, the government took some time to allocate the energy and power ministry to Atif Khan. The energy and power department has been in the limelight of late, owing to the government’s efforts towards developing water resources of the province to boost power generation.

According to budget documents, Pakhtunkhwa Energy Development Organisation (PEDO) is operating four hydropower projects in Malakand, Swabi and Chitral districts with an installed capacity of 105 megawatts. The documents say that besides a reduction in power outages, these power stations are generating about Rs2 billion for the provincial kitty.

In collaboration with the Asian Development Bank, PEDO is constructing the 17-megawatt (MW) Ranolia hydropower project in Kohistan and 2.6 MW Machai project in Mardan. The Machai project is likely to be completed by August 2014 whereas Ranolia will be completed by December 2014. Under the same arrangement, feasibility studies of three sites were carried out. Based on these studies, Project Cycle (PC-I) reports have been chalked out, of which Jabori (10MW) in Mansehra, Karora (11MW) in Shangla and Koto (40.8MW) in Lower Dir have been approved. PEDO has started work on six other hydel projects with an installed capacity of 250.8MW under the action plan 2012-22.