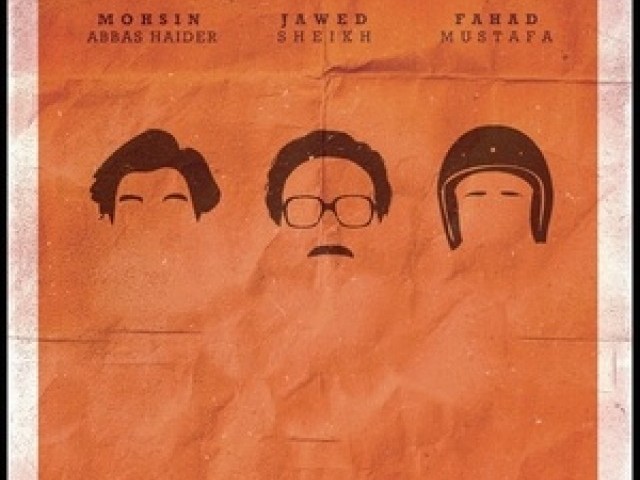 The film is supposed to be released in august. PHOTO: WIKIMEDIA

KARACHI: Filmwala pictures have released the first theatrical trailer for their upcoming feature film Na Maloom Afraad offering a sharp glimpse into what audiences can expect in their local cinemas come August 2014.

The 2:51 minutes long trailer sheds light on the lives of three struggling fellows (Javed Sheikh, Fahad Mustafa and Mohsin Abbass Haider) who hatch a plan to save their lives and the love of their lives.

Their plan, however, backfires bringing them face to face with Goggi (Salman Shahid), an underground mafia boss, who wants them to provide him with parcel.

The three have to run across city creating chaos to bring their second plan to success and get rid of the mafia boss.

The theatrical trailer, rather an extended teaser, is sharp and could possibly have included most of the gags and action sequences of the movie.

It looks similar to some recent Indian releases in the way it is coloured, shot and edited.

The veteran Javed Sheikh plays a stuttering old man with a penchant for saying “I told you so…”. Fahad Mustafa, who has been charming audiences on the small screen, can finally look forward to his silver screen debut, though a fuller assessment on his acting skills can only be made once the film is out.

Salman Shahid seems to be the anti-typical villain in the short sequence we see him in the trailer, though this is to be expected in a comedy film.

Model-cum-TV star Urwa Tul Wusqa is the female star cast of the film unveiled in the trailer.

For a film on the law and order situation, the trailer lets out a few bank robberies, shutter down strikes, guns blazing and burning cars. A scenario television news watchers and newspaper readers in the country are all to familiar with.

The film is directed by Nabeel Qureshi and produced by Fizza Ali Meerza under the banner of Filmwala pictures.