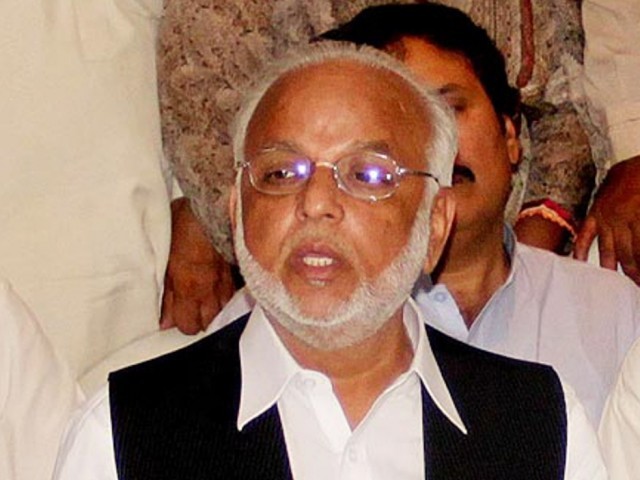 The Pakistan Tehreek-i-Insaf (PTI) on Thursday completed arrangements for today’s (Friday) rally in Bahawalpur, as party leaders claimed to hold a momentous event.

PTI Punjab president Ejaz Chaudhry said the public meeting at the Bahawalpur Dring Stadium would be a historic gathering. “During the rally, the plan for the PTI’s movement for electoral reform will be announced,” he said.

He said the government opposed PTI rallies because it wanted to hide what happened during last year’s elections.

“Even the National Database and Registration Authority (NADRA) admitted that the NA-118 elections were rigged. Trash instead of ballot papers was found in more than 259 bags,” he said.

He said PTI had been trying to expose the true face of the government since the elections.

“Our claims have been borne out by the Punjab government’s murder of innocent people in Model Town,” the PTI leader said.

PTI Punjab General Secretary Dr Yasmin Rashid said the Bahawalpur rally would expose rigging during last year’s elections. “The rally will show the people of Pakistan that the biggest electoral fraud in the history of Pakistan was committed last year,” she said.

PTI Bahawalpur senior vice-president Sheikh Abbas Raza told The Express Tribune that they had finalised all arrangements for the public gathering.

“The stage has been prepared, while seats have also been put in place at Dring Stadium,” Raza said.

He said the PTI rally was earlier scheduled for July 22. “It was postponed due to the security situation in the country after the start of the military operation in North Waziristan,” he said.

Raza expressed satisfaction at the security being provided by the Bahawalpur police for the rally and its participants. However, he said party workers from Bahawalnagar had told him that police were stopping them from coming to Bahawalpur.

“Police have stopped public transport and impounded vehicles bringing the PTI activists from Bahawalnagar in order to spoil the event,” Raza said. He complained that police had established the parking far away from the stadium. “People will have to walk a long distance in the hot weather.

This is another attempt by the Bahawalpur police to discourage us,” he said.

The Bahawalpur police on Thursday issued a detailed security plan for the rally. According to the plan, two SPs, 16 DSPs, 51 inspectors, 2,000 police constables, including 38 women constables and 118 Elite Force personnel would be deployed to protect the participants.

Three entry points have been set up for journalists at the stadium. Walkthrough gates would be installed at these points. Police would search all participants before allowing them into the stadium.

Five parking areas have also been designated. A control room has been set up and 23 closed-circuit cameras would monitor the rally.