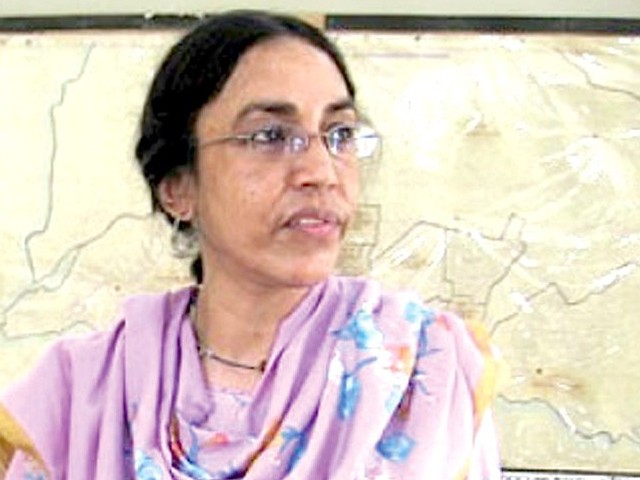 The counsel for petitioners in social activist Perween Rahman’s murder case told the Supreme Court on Wednesday that now the Sindh police have started to probe the alleged involvement of land grabbers and water tanker mafia.

Advocate Raheel Kamran Sheikh told a three-judge bench of the apex court, headed by Justice Nasir-ul-Mulk, that the Sindh police have informed his clients that they are probing the alleged involvement of the land and water tankers’ mafia and have obtained phone call records that will be perused.

He also said that Rahman’s sister wants to share some sensitive information with the bench regarding the murder.

Sheikh is appearing in the Supreme Court on behalf of 12 civil society groups, including the Human Rights Commission of Pakistan and Pakistan Institute of Labour Education and Research (PILER) in the Perween Rahman murder case.

Separately, hearing a suo motu case of the alleged honour killing of Farzana, which occurred outside the Lahore High Court premises on May 27, another bench of the apex court, headed by Chief Justice Tassaduq Hussain Jillani, sought the LHC’s order, wherein her husband was summoned before the court.

During the hearing, the bench raised doubts over the role of the Punjab police and said that if any police official had fired in the air, then this incident could have been avoided.

Justice Azmat Saeed said that due to the inefficiency of the police, the country and the province were defamed all over the world.

The bench asked SSP Lahore Umar Riaz why Farzana had come to the high court in the first place. He submitted that she came along with her husband Muhammad Iqbal to quash an FIR that was registered against her husband. The CJ asked for a copy of the LHC order but the official could not provide it. The court asked him to provide the order’s copy today (Thursday).

Earlier, Punjab police had told the Supreme Court that as per the medical report, Farzana received two injuries – one on her head and the other on her leg.

The police have also revealed that during the scuffle, one unknown accused fired a shot, which hit Farzana near her ankle.

After one shot, sub-inspector Muhammad Arif of Sialkot snatched the pistol due to which no further shots were fired. “The father, Muhammad Azeem, hit Farzana with a brick while her [brother] Zahid and [cousin] Mazhar Iqbal also abetted. Farzana expired [on] the spot before the arrival of police,” says the report that was submitted by Provincial Police Officer (PPO) Punjab Khan Baig in the SC.