Some 75 prison­ers were on hunger strike when the deal was reache­d, accord­ing to the Israel Prison­s Servic­e (IPS).
By AFP
Published: June 25, 2014
Tweet Email 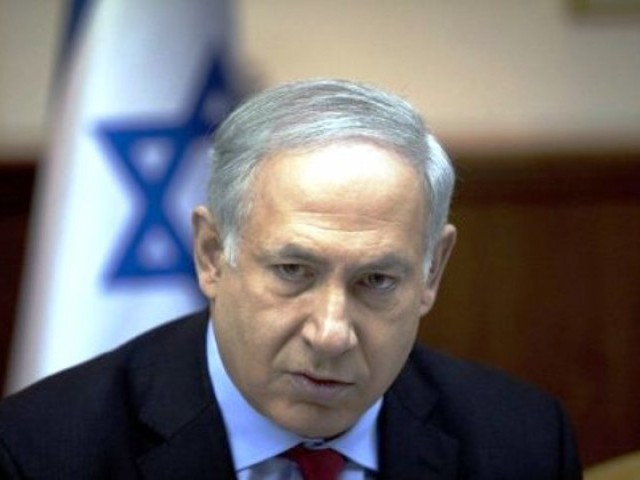 Israeli Prime Minister Benjamin Netanyahu praised the agreement, saying in a statement it would entail "means which will ensure there are fewer prisoner (hunger) strikes in the future," but did not elaborate. PHOTO: REUTERS

RAMALLAH: Dozens of Palestinian prisoners who had refused food for 62 days have suspended their hunger strike after reaching a deal with the Israel Prisons Service, their lawyer told AFP.

The prisoners began refusing food on April 24 in protest at being held by Israel without charge or trial under a controversial procedure called administrative detention, which can be indefinitely extended for years.

“The strikers, who have reached an agreement with the Israeli prison authorities, have decided to suspend their action with the approach of Ramadan,” Ashraf Abu Snena said, referring to the Muslim fasting month which begins this weekend.

Israel confirmed the agreement, details of which were to be made public later Wednesday.

“This arrangement does not involve any suspension or cancellation of the use of administrative detention,” Weizman said.

But the Palestinian prisoners’ affairs minister said there could be limits to its use under the deal.

“One stipulation was that their administrative detentions would not be renewed for more than six months,” Issa Qaraqe told Voice of Palestine radio, adding that there had been “European intervention” to persuade prisoners to accept the deal.

Israeli Prime Minister Benjamin Netanyahu praised the agreement, saying in a statement it would entail “means which will ensure there are fewer prisoner (hunger) strikes in the future,” but did not elaborate.

Some 75 prisoners were on hunger strike when the deal was reached, according to the IPS.

Earlier this month, the IPS said the hunger strike was the longest-ever staged by Palestinian detainees.

Some of the hunger-strikers were kept alive with vitamins and sugars, but others took only water for the duration, according to prisoners’ rights group Addameer.

Administrative detention is a procedure dating back to the British Mandate of Palestine (1920-1948) under which prisoners can be held for six-month periods, which can be indefinitely renewed by a court order.

Around 200 of the 5,000 or so Palestinians held by Israel are administrative detainees, although that number looks set to double as Israel presses a major arrest operation in the West Bank following the disappearance of three teenagers believed kidnapped by Hamas.

So far, 371 Palestinians have been arrested — 280 of them Hamas members — with most expected to be slapped with administrative detention orders.

The Palestinian leadership and human rights groups have denounced the use of administrative detention, urging international pressure on Israel to scrap the measure.

Israel’s army did not respond to requests for comment on the procedure, but former IPS commissioner Orit Adato said holding prisoners without charge was the only way to protect Israel’s network of Palestinian informants.

In an attempt to prevent further hunger strikes, the Israeli government is planning to pass a controversial law which would allow the authorities to force-feed prisoners. It is to be put to a second and third vote in parliament on Monday.

The UN urged Israel not to approve the force-feeding bill.

“It is not acceptable to force-feed or use threats of force-feeding or other physical or psychological coercion against individuals who have opted for the extreme recourse of a hunger strike to protest against their detention without charge,” UN Special Rapporteur on Torture Juan Mendez said in a statement.