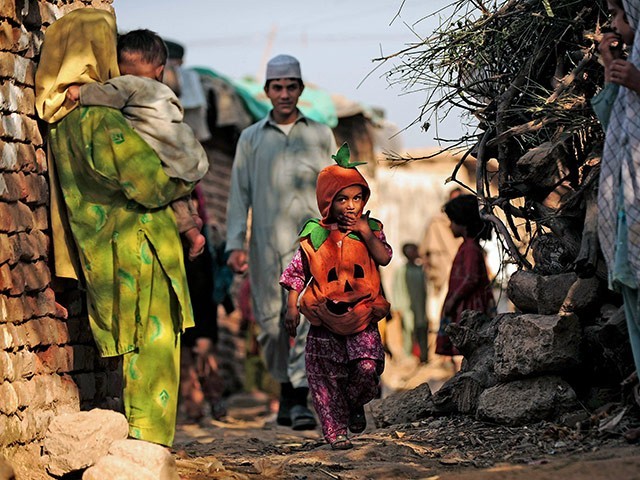 "Businessmen have demanded the removal of these illegal slums, as they create insecurity for the citizens living in the vicinity," Traders Welfare Association of Fruits and Vegetable Market Secretary General Tahir Ayub.PHOTO: AFP/FILE

ISLAMABAD: Islamabad Chamber of Commerce & Industry President Shaban Khalid has called for the removal of all illegal slums from the federal capital, citing their potential to host criminals and pose a security threat.

He said the mushroom growth of slums have occupied green areas  in violation of CDA’s Master Plan and are creating environmental problems for the city. These slums have become not only a low-cost housing facility for criminals but also a hub for business activities like warehousing, sale of scrap, timber. Gambling and illegal sale of drugs and arms is also prevalent in these localities.

Traders Welfare Association of Fruits and Vegetable Market Secretary General Tahir Ayub said the business community has long been demanding the removal of these illegal slums, as they create a sense of insecurity for the citizens living in the vicinity. The bomb blast in Sabzi Mandi in April 2014 that killed 24 people vindicates their anxiety.

ICCI president urged the government to take strong action against land mafias that encourage people to settle in these slums to get a share of compensation or resettlement package, and look into the utility service provided to these shanty towns including IESCO and SNGPL. He asked the CDA to develop a comprehensive plan to remove them on a permanent basis, thereby improving the security situation and propel business growth.

“Many countries have removed slums from major cities for development purpose. India demolished about 67,000 illegal constructions in Mumbai in 2005 as a part of urban rejuvenation plan. China demolished thousands of slums in Beijing in 2008 to develop a modern city,” added Khalid.