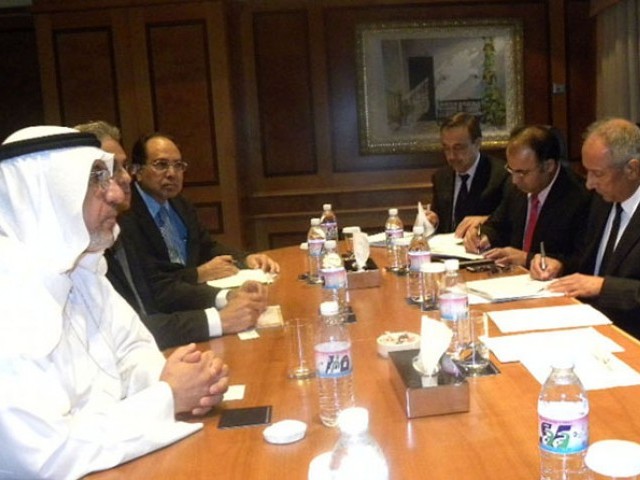 International Islamic Trade Finance Corporation (ITFC) Chief Executive Officer Waleed Al Wohaib has said that the body was interested in enhancing its long term trade partnership with Pakistan in its endeavours to achieve its economic targets.

A delegation, led by Dr Wohaib, called on Federal Minister for Finance Senator Ishaq Dar on the sidelines of the Islamic Development Bank’s (IDB) 39th meeting of the Board of Governors held in Jeddah on Tuesday.

The delegation showed keen interest in enhanced partnership with Pakistan after admitting that Pakistan’s economy has shown progress and its financial policies have gained international credibility.

Dar, while welcoming the delegation highlighted that the present government was concentrating upon economic and social progress to strengthen the economy and enhance its inclusiveness.