A 20-year-old PAT worker succum­bed to his injuri­es taking the death toll to 10.
By Web Desk
Published: June 24, 2014
Tweet Email 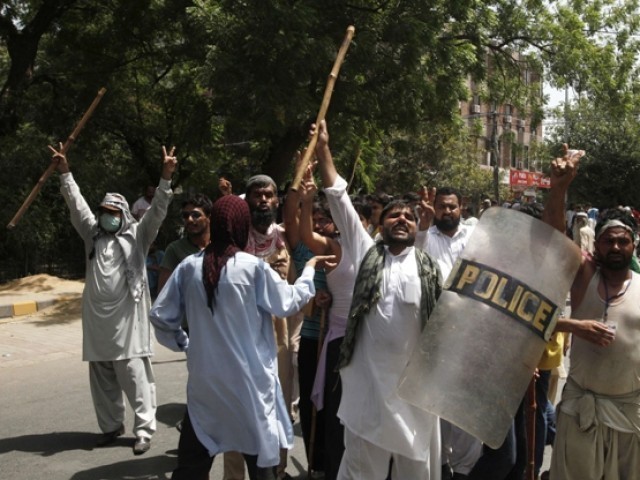 Supporters of Tahirul Qadri hold up a police shield as they shout slogans during the Model Town clashes on June 17. PHOTO: REUTERS

LAHORE: Seven days after the bloody clashes in Lahore’s Model Town, a man succumbed to his injuries on Tuesday, taking the death toll to ten, Express News reported.

Twenty-year-old Shahbaz was shot in the neck during the June 17 clashes between Pakistan Awami Tehreek (PAT) workers and the police in which dozens more were also injured.

He was taken into surgery soon after the incident but his doctor had said at that time that his chances of survival were low.

Sources said that the PAT worker succumbed to his wounds at 6am today.

The victim’s parents said that he was an active PAT supporter and was dedicated to his party.