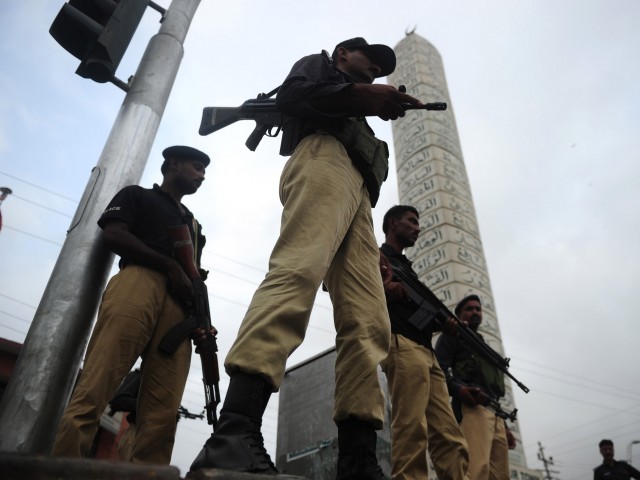 KARACHI: Three suspected foreign terrorists were killedtWN as Karachi police conducted a raid as part of the ongoing operation in the city’s Sohrab Goth area, Express News reported on Sunday.

The police also arrested 20 suspects, according to SSP Malir Rao Anwar. They have been taken to an undisclosed location.

However, six others managed to escape the security cordon.

SSP Malir, while speaking to Express News correspondent, expressed fear that someone inside the police department had tipped off the militants about this raid.

The operation, which started in September last year, has been termed successful by both the government and law enforcement agencies but the recent brazen attack on the city’s international airport on June 8 raised many questions about the success of the operation.

The Express Tribune had recently learnt that the LEAs were currently focusing on tackling the issue of ‘terrorism’ to avoid further backlash of the military operation in Waziristan.