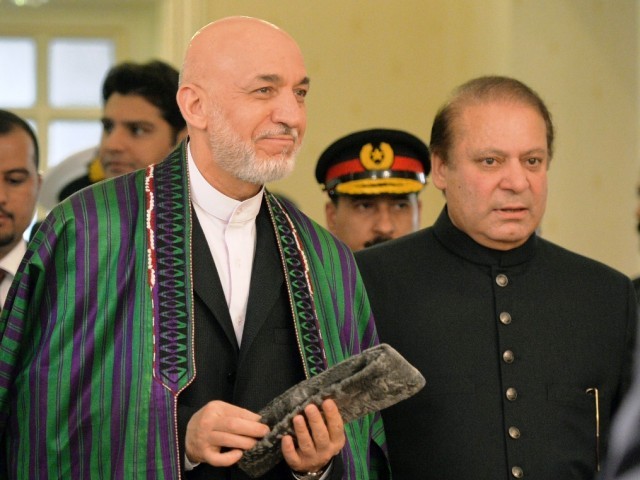 Karzai, who spoke to Prime Minister Nawaz by the phone on Thursday, said an Afghan delegation will visit Islamabad soon and hand over a special letter which “contains all proposals from the Afghan side”.

Qazi Amin Waqad, a senior member of the Afghan High Peace Council, said Afghanistan’s National Security Adviser Rangeen Dadfar Spanta will lead the delegation. “We have been informed that a high-level delegation will visit Islamabad under the leadership of Dr Spanta,” Waqad told The Express Tribune by phone from Kabul.

Premier Nawaz had sent Mehmood Khan Achakzai as his special envoy to “seek Afghanistan’s cooperation in eliminating terrorism,” the foreign ministry confirmed on Thursday after a two-day mysterious silence on the matter.

Karzai’s office says the president has assured Pakistan of his country’s cooperation and has stressed the need for a road-map to coordinate joint efforts to dismantle terrorists’ safe havens.

Waqad said peace council member Masoom Stanekzai, who survived an assassination attempt in Kabul on Saturday, and some other senior officials would accompany Dr Spanta. “We are happy that the two brotherly countries are talking on important issues,” he said, adding that Achakzai’s visit was ‘very important’.

No date has yet been decided for Spanta’s visit and both sides are discussing a possible date.

According to some Afghan sources, the delegation could call for Islamabad’s active role in the peace process and seek the extradition of Afghan Taliban leaders who Kabul claims are living in Pakistan.