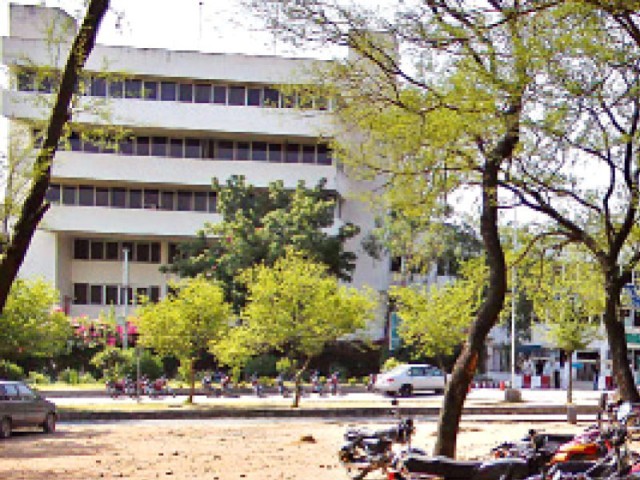 A green belt outside Federal Urdu University has been substituting as a parking lot for years. PHOTO: EXPRESS/ MUHAMMAD JAVAID

Years of lax enforcement of bylaws and the connivance of Capital Development Authority (CDA) officials have lent a freehand to residents, vendors and even public institutions to misuse state land.

Despite recent orders by the Islamabad High Court (IHC), the civic authority appears incapable of clearing encroachments on green belts and footpaths around the city.

The authority had initiated an operation against illegal slums on the direction of the IHC, but seems helpless to take action against influential people who have encroached upon green belts and footpaths.

Public institutions that have converted green belts into private parking lots include Federal Urdu University in Sector G-7, the Federal Board of Statistics, the National Highway Authority (NHA), the Institute of Charted Accountant of Pakistan, Pakistan Medical and Dental Council (PDMC), and KRL Hospital on Tufail Niazi Road in sectors G-9 and G-10.

Similarly, traders in almost all the markets have encroached on footpaths. The situation is particularly bad in Aabpara Market, Karachi Company and Bhara Kahu.

A senior CDA official said on condition of anonymity that the civic body takes action against pushcart vendors and stalls, but does not go after the big fish. He accused CDA Enforcement Directorate officials of taking monthly bribes from businessmen to turn a blind eye.

“If the authority can clear encroachments in Faizabad in a day, why can’t it do the same at other places,” he questioned. He said the encroachment mess could be resolved if the civic agency clears its ranks of corrupt officials.

Talking to The Express Tribune, Islamabad Traders Action Committee General Secretary Kashif Chaudhry defended vendors and stall-holders. He said the CDA should spare small traders because they are already faced with many problems. Instead, he said, the authority should move against what he called “big encroachers”.

At the same time, he admitted there were shortcomings in the drive. “We have a limited workforce and it is not possible for us to carry out the drive in the whole Islamabad at the same time,” he added.