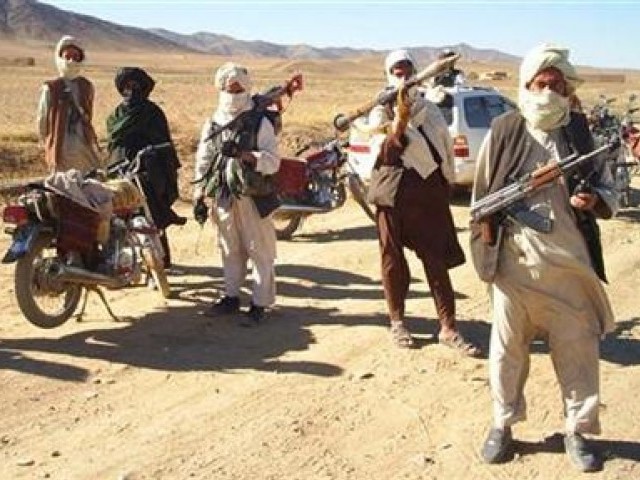 KABUL / MIRAMSHAH: Hundreds of families have fled from a surge of fighting between government forces and militants into neighbouring Afghanistan, while foreign fighters are also quietly slipping away ahead of a long-rumoured full-scale military offensive in North Waziristan.

Pakistani government forces have been launching air strikes against Taliban fighters in North Waziristan near the Afghan border in recent days, after Taliban fighters raided the airport in Karachi late on Sunday.

Missile-firing US drone aircraft have also, for the first time in six months, attacked militants this week in North Waziristan.

Millions of Afghan civilians have for decades sought shelter in Pakistan to escape war in their homeland but the fighting in Pakistan this week has sparked a rare flow of civilians the other way.

“Around 300 Pakistani families have escaped because they are worried about fighting between Pakistani forces and Tehreek-e-Taliban Pakistan,” said Jabar Nahimi, governor of eastern Afghanistan’s Khost province, over the border from northwest Pakistan.

“We have provided aid for 100 of these families and the rest will be helped soon … We have also provided vaccinations, as we are concerned about polio.”

Pakistan is considering a full-scale operation against Taliban fighters in its northwest, which would likely push more villagers across the largely unmarked border into Afghanistan.

The exodus from the district on the Afghan border began in late May following air strikes, locals told AFP, but it has been hastened by the Taliban’s all-night siege of Karachi airport, which all but destroyed a tentative peace process.

As pressure builds for a fuller response to the airport assault, which was joined by militants from Uzbekistan, residents and officials in the district’s main town of Miramshah said the majority of foreign and local fighters had already left.

“Most of them have gone deep into the mountains towards the Afghan border,” a senior security official told AFP.

Locals said militant groups were also seen escaping from villages that are a known hub of the Haqqani network.

Rumours of a ground offensive in North Waziristan have abounded for years. But authorities have held back from a final push — possibly fearing the blowback in major cities of the country.

However, the sheer numbers of people leaving, some 60,000, according to official estimates, since late May, suggest that this time might be different.

Residents saw foreign militants leaving the Machis Camp and Data Khel village near Miramshah, as well as the villages of Musaki, Hurmaz, Hesso Khel and Api.

They arrived during the early 2000s, lured by the fiery rhetoric of Osama bin Laden and the chance to fight “infidel” forces in Afghanistan.

Married into the local population, some have erected mud houses in small villages among the area’s rugged mountains.

Others “have rented houses and rooms here but they have now left towards the Afghan border,” a grocery shop owner in Miramshah bazaar told AFP.

Another resident in Miramshah estimated that more than 80% of local and foreign fighters have left North Waziristan.

The migrations began on May 22 when Pakistani F-16s pounded suspected targets, killing at least 75, according to the military.

Government representatives also began holding talks two weeks ago with a grand jirga, or council of elders, warning them to hand over foreigners in the area or face severe consequences.

“Tribesmen are against war, they want to solve this conflict with talks and according to tribal traditions and that’s why we have formed a peace jirga,” jirga chief Sher Mohammed told AFP.

They also made those under their command hoist Pakistani flags to demonstrate their loyalty and ward off aerial attacks.

Most areas along the border are not well demarcated, which allows militants to escape into Afghanistan.

“They have moved towards Shawal and Birmal,” an intelligence official said, referring to remote villages on the Afghan border.

A second security official said: “It is good that they (fighters) are leaving. We hope that tribesmen will not allow them to come and settle here again.

“In case of any military operation, we will face less resistance,” he added.

Residents said they have seen less activity of the feared Haqqani fighters in recent weeks. “They are also disappearing, probably they have gone to Khost, Paktia or Paktika,” one resident in Miramshah told AFP, naming Afghan border provinces.

Imtiaz Gul, a security analyst and long-time observer of the tribal areas, said the jirga and other threats of full-scale action in North Waziristan appeared to be a deliberate strategy on Pakistan’s part.

“This was probably done with a clear intent and that intent was to let them cross the border if they like.

“As long they cross the border – why should it be Pakistan’s headache? It’s then the headache of Afghan and coalition forces,” he said, adding that such movement had occurred in the past when Islamabad had launched operations in other parts of the tribal areas and in Swat Valley.

Which is why it was so difficult to engage militants in a fight in the area, as they could eventually return.

“They keep going backwards and forwards – they can’t plug the entire border whether it’s Pakistani militants or foreign militants.”