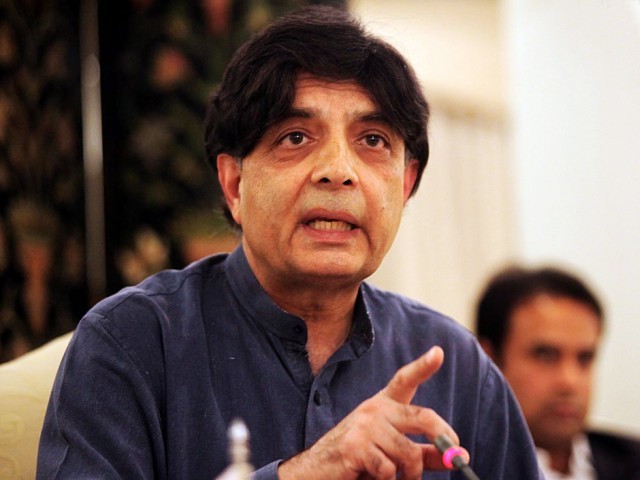 ISLAMABAD: Interior Minister Chaudhry Nisar hit out at the Sindh government on Thursday, saying Sunday’s attack on the Karachi airport was their responsibility, Express News reported.

Addressing the media, Nisar reiterated that the federal government had issued the Sindh government six alerts for a possible threat at the old terminal of the airport.

In March, he further said, the provincial government was warned about the lapse in security at the terminal where the attack took place, and that the gates were likely to be targeted by terrorists.

However, the Sindh government took no action after the warnings, the interior minister said.

He also said that the police were responsible for the city’s security.

On Wednesday, Chief Minister Qaim Ali Shah said that the Karachi airport attack took place due to the failure of the Airport Security Force (ASF).

Nisar also said that these are tough times and that the federal and provincial governments should work together.