Microfinance’s relevance in ‘fight against poverty’

Microfinance’s relevance in ‘fight against poverty’ 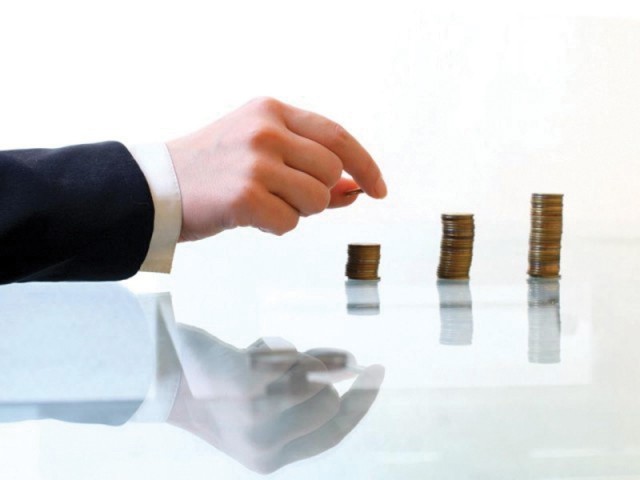 Gross loan portfolio (GLP) of the microfinance sector increased to Rs57 billion in January-March, up 9.6% from the preceding quarter.

With the number of active borrowers reaching an all-time high of almost 3 million, microcredit outreach in the country grew 5.9% in the first quarter of 2014, according to the latest data released by the Pakistan Microfinance Network (MFN) for January-March.

Gross loan portfolio (GLP) of the microfinance sector increased to Rs57 billion in January-March, up 9.6% from the preceding quarter.

In an interview with The Express Tribune earlier this year, Tameer Microfinance Bank CEO and President Nadeem Hussain had stated that the outreach of at least 10 million customers would make microfinance truly relevant in the fight against poverty.

In the last quarter, microcredit growth was led by microfinance banks (MFBs), whose active borrowers and GLP increased by 7.8% and 10.7%, respectively.

Studies estimate that the potential market size of the microfinance sector is roughly 30 million in Pakistan. In other words, there are at least 30 million Pakistanis that are currently unbanked despite having a monthly income of Rs25,000.

The current penetration rate of microfinance in the country is 10.9%, slightly up from 10.3% recorded in the last quarter of 2013. “I think we should be able to achieve the 10-million-customers mark in the next five to 10 years,” Hussain said.

While credit outreach witnessed growth in January-March, the number of active savers and the value of their savings decreased 2% and 1%, respectively, over the same period. According to MFN data, MFBs recorded the largest decline in the value of savings among peer groups mainly because Khushhali Bank’s deposits shrank by Rs0.9 billion. However, Khushhali Bank increased the number of its active depositors by 46,000 despite a decrease in the value of its deposits.

Tameer Microfinance Bank remained the largest contributor to the value of savings, as it added Rs653 million worth of deposits and continued to hold the highest market share (32.7%).

While most economists appreciate it for its role in enhancing financial inclusion in society, the microfinance sector has a fair number of detractors. One of the key concerns raised about the use of microfinance as a weapon against poverty is that it requires its customers to pay exorbitantly high interest rates – sometimes twice as high as those demanded by conventional banks.

The interest rate that a banking institution charges its customers has four major components. In addition to the profit component, lending rates typically account for a bank’s cost of funds, cost of administration and cost of any loan defaults.

Hussain maintains that MFBs must offer its depositors a profit rate that is higher than the one offered by commercial banks to be able to mobilise deposits. Otherwise, he says, most microfinance customers would take out loans from MFBs, but prefer to keep their deposits in commercial banks.

Understandably, people are more inclined to keep their deposits in a big commercial bank with a far greater equity than that of an MFB. Thus, the higher-than-usual profit rate offered on deposits – usually in the vicinity of 12% — increases the overall cost of funds for MFBs.

As for MFBs’ cost of administration, Hussain says it is far greater than their conventional counterparts simply because they deal with a large number of customers with relatively small amounts of loans. “A commercial bank extends a loan to a corporate entity only after looking at its balance sheet, broker’s report, audit report, credit rating etc., which brings its cost of administration to 3%-4%,” he said.

However, MFBs carry out lengthy background checks and one-on-one interviews to assess a customer’s credit worthiness. This increases their cost of administration to 13%, he said. Accounting for the default risk component (3%) and bank’s margin (4%) leads to an average interest rate of 32%.

“Our customers run businesses that operate on a profit margin of 50%-60% – otherwise, they would not borrow from us at 32%. Secondly, their alternative source of credit is a traditional money lender, who charges a 100%-200% interest rate,” he said.

Hussain observed microcredit will become cheap once MFBs gain economies of scale. “With 10 million microfinance customers, interest rates will come down, as the cost of administration and cost of funding will reduce gradually going forward,” Hussain said.