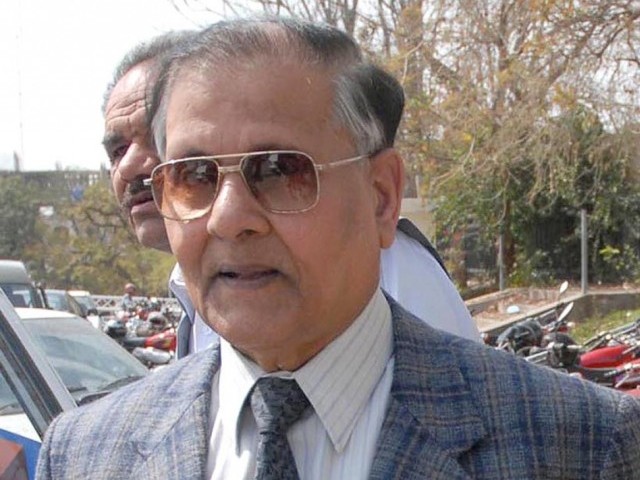 The current stalemate in the peace negotiations with the Tehreek-e-Taliban Pakistan (TTP) could have been avoided if the military was leading the initiative instead of the civilian government’s nominated interlocutors, according to ex-military chief Gen (retd) Mirza Aslam Beg.

In an exclusive interview with The Express Tribune, Beg, who had served as the army chief from 1988 until his retirement in 1991, said that the army and Taliban were the principal stakeholders in the conflict and they should have successfully conducted the peace negotiations.

He is confident that the army will hold talks with all the splinter groups of the Pakistani Taliban who have distanced themselves from the Maulana Fazlullah-led TTP.

“The army will be willing to have negotiations with Khalid Mehsud alias Sajna. The army has always supported peace talks with the Taliban, however, the army opposed negotiating with the two top leaders Maulana Fazlullah and Khalid Khurasani who are based in Afghanistan.”

Both of those Taliban leaders are being used by India and other anti-Pakistan foreign forces, Beg revealed.

To a question on whether the army will be willing to free hundreds of Taliban militants from its custody – a major TTP demand, which the army reportedly had refused to accept it – his reply, was in the affirmative. “Of course, both sides will present their own demands when they sit across the negotiation table.”

Regarding Wednesday’s suicide attack on Fateh Jang Road in which two senior army officers were killed, Beg said it was a retaliatory assault by the TTP. “That is not the first time the Tehreek-e-Taliban Pakistan have killed army officers to avenge the military’s strikes. Both the army and the Taliban have been killing each other during the last 10 years in retaliation. Such acts by TTP will not hinder the peace talks.”

The Taliban and the army understand each other and they know how to make their negotiations meaningful and eventually successful, he said, insinuating that the talks were inconclusive because they were government-led. ‘”It [the talks] were troubled as irrelevant people were holding talks.

It will bear positive results when the army and the Taliban, who are the actual parties to the conflict, will meet to resolve their issues. There was no justification for talks between the government and TTP as it was bound to yield no results.”

About the negotiations with Baloch insurgents, Beg said that the army wanted to restore the government’s writ in Balochistan. “I think the army should talk to all those Baloch militants who could be helpful in restoring the peace and tranquillity in that province.

He hoped that the law and order situation will improve in Balochistan after the withdrawal of the US-led North Atlantic Treaty Organisation (NATO) forces from Afghanistan.”