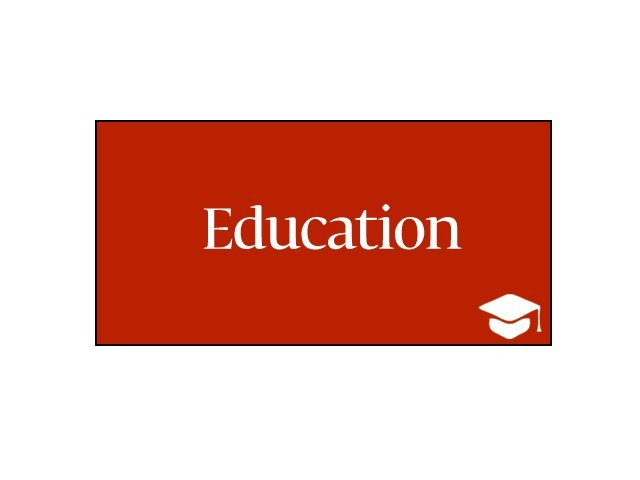 Khan said the provincial government has been focusing on education and besides constructing new schools and rehabilitating old ones the ministry has also been working on teacher training programmes.

Increasing the provincial education budget by over 35%, the Pakistan Tehreek-e-Insaf (PTI) led government is likely to allocate Rs100 billion for the education sector (elementary, secondary and higher education) for fiscal year 2014-15, according to Minister for Education Muhammad Atif Khan.

During an interview with The Express Tribune, Khan said the provincial government has been focusing on education and besides constructing new schools and rehabilitating old ones the ministry has also been working on teacher training programmes.

“Unless you train teachers to provide quality education to children and unless you have an accurate monitoring system, just raising the structure of a school will not deliver results.”

Khan could not reveal the exact figure of the allocated budget, saying it is the job of the finance minister to do so.

He said besides continuing projects initiated by the previous government, PTI has worked hard to identify a number of schools which were destroyed due to the 2010 floods, 2005 earthquake and militancy, adding they will all be rebuilt as soon as possible. “This is our problem and we will solve it on our own,” Khan said.

While replying to a question over a recent survey which showed that the provincial education graph had gone down slightly, the minister said the survey had been conducted in 2013 during the Awami National Party led government’s tenure.

He said that school-based recruitment is in progress where schoolteachers will have to serve at one school only; not only to end political victimisation but also so teachers develop a sense of ownership with the school, adding residents of the areas will be preferred in the recruitment process.

The minister said that the total amount disbursed this past fiscal year for salaries of 210,000 education department employees was over Rs61 billion.

Talking about PTI’s Tameer-e-School Programme, the minister said 28 schools have so far been sponsored by people from within and outside the country, informing that people have donated over Rs150 million. “This amount is apart from the government-allocated budget. Overseas employees have been doing much more for their countrymen back home,” Khan said.

The minister acknowledged that there are a number of missing facilities in the province’s schools, including boundary walls, toilets, fans and potable water, among others, which will be addressed by the government on a priority basis.

Soon after the PTI took over the reins of Khyber-Pakhtunkhwa (K-P), it announced an education emergency in the province and launched enrolment drives to bring out-of-school children into the fold.