In remembrance: From PAF to pen, a celebration of Masud Alam’s life

In remembrance: From PAF to pen, a celebration of Masud Alam’s life 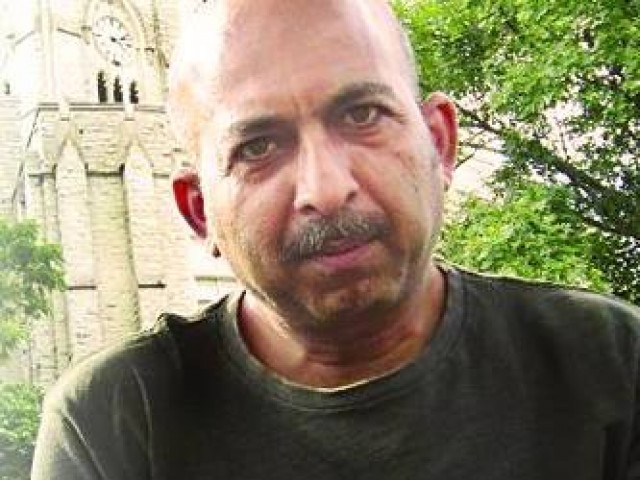 ISLAMABAD: To honour the memory of journalist and broadcaster Masud Alam, his family, friends and readers came together in a one-of-its-kind tribute at Kuch Khaas on Saturday evening.

In an impromptu speech, his son Shahbaz said, “We are not here to mourn my father’s death but to celebrate his life,” adding that his “fun-loving” and “easygoing” father would have much preferred a joyous celebration over a conventional funeral.

The ceremony revealed snippets from Alam’s lifetime through his select writings and photographs, punctuated by a series of video messages sent in from family and friends from across the globe. These included actor Nimra Bucha and her son Channan, poet Azra Abbas and broadcasters Sharjil Baloch and Wusatullah Khan.

A multimedia presentation ran photographs of Alam with his family, out on his numerous travails, posing next to celebrities such as Nusrat Fateh Ali Khan and Alam Channa, and candid shots of him with a pipe perched on a lip, dancing with friends or donning a large Mexican sombrero.

The photos also followed the transition of a young, serene-faced air force officer into a seasoned, free-spirited journalist; from the crisp uniform and Ray-Ban sunglasses to casual T-shirts and jeans.

Writer Muhammad Hanif lifted the mood of the otherwise somber evening through dry wit coupled with anecdotal accounts from Alam’s life, who he knew for three decades, following each other across jobs and continents.

“It’s difficult for me to talk, not because he’s not here, but because the idea is that I’ll have to say something nice and I can’t remember us ever agreeing on anything or saying anything nice to each other,” he quipped.

Sharing a mammoth of memories from their time together in the Pakistan Air Force to moving into an apartment too small to house Alam’s massive music system, Hanif also remarked on Alam’s ability to easily make friends. “I once told him that he had a talent for collecting losers, to which he replied, ‘I began with you’.”

Defence analyst Ayesha Siddiqa, who knew Alam as a colleague, friend and neighbor, recollected his charismatic personality and sense of humor in a bittersweet vein. In an open letter to him, she spoke about sorely missing a friend who left too soon.

Uzma, Alam’s widow, in a heart-rending speech, shared a humorous letter that he had written to her in an age when there was no internet.

“I’ve always been inspired by people older than me who managed to, on the one hand, fulfill their responsibilities to their homes and families and on the other hand, come across as being complete vagabonds and Masud Bhai was one such person,” said musician Arieb Azhar, before performing Leonard Cohen’s ‘Bird on a wire’.

Alam, 48, died in a car crash in Islamabad on March 12 this year. He left behind a widow, a son and a daughter.