A Pakistani’s perspective: Why Bangladesh is doing better than Pakistan

A Pakistani’s perspective: Why Bangladesh is doing better than Pakistan 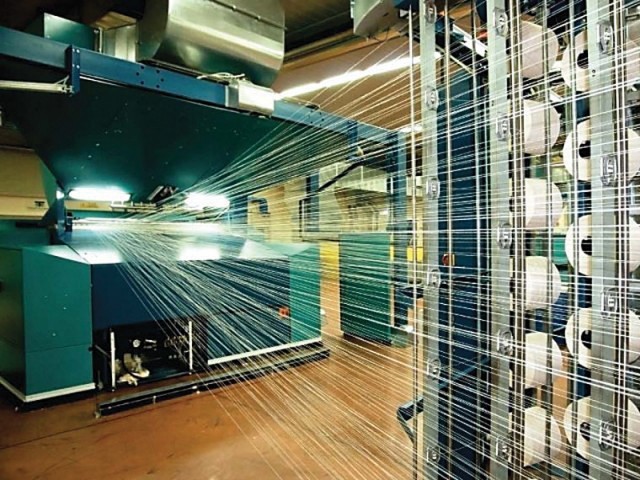 The industry currently employs 13 million people, that’s almost 10% of its population and 20% of its labour force, what’s even more impressive is Bangladesh’s continuous growth. PHOTO: FILE

From a western perspective, it makes eminent economic sense to outsource garment manufacturing to countries with 1/20th of its minimum wage rates. The cost reduces dramatically and profits go through the roof. Last year, the West spent $200 billion on sourcing cheap garments from the developing world. The same were retailed for $1.0 trillion back home. This forms the very basis for global apparel trade.

Bangladesh earned $21 billion of revenues last year by exporting garments to the West. We earned $2.6 billion. This brought 90% of Bangladesh’s foreign exchange earnings. The industry currently employs 13 million people. That’s almost 10% of its population and 20% of its labour force. What’s even more impressive is Bangladesh’s continuous growth. In 2002, Pakistan and Bangladesh had identical export earnings from garments at $2.5 billion each. A 2011 Deloitte-Touche study predicts that Bangladesh’s garment industry shall rise to $40 billion by 2018. Few doubt this number. Even industrial disasters – such as Rana Plaza’s collapse last year that killed more than 1,200 workers or the fire at Tazreen shirt factory a year before that killed 112 – appear but small bumps on its road to growth.

The Bangladeshi garment workers drive hard wage bargains too. Often they ransack factories and go on strikes. They have a strong case. A trouser exported at $7.50 is retailed for $50. It contains $0.3 of labour component. Doubling the wages would hardly dent the profits of the western retailers; so goes their argument. The owners can pass these extra cents to the western buyers. Historically, this argument has always won. Since 2005, when their minimum wages stood at $18 per month, they have fought long and hard and won raises every two years. After last year’s successful standoff, their wages stand at $65 per month. Surprisingly, even these hikes have not stymied growth; the export numbers have kept increasing. This only tells how abysmally low and inconsequential the wages had been to begin with.

The bitter feud between Awami League and BNP/JI and their recurring power swaps are well known; but not so their reasons which remain baffling. More importantly, between the two quarrelsome ladies, the one not holding onto power gets to make the routine strike calls. These are twice a week when it’s merely posturing; even more when genuinely aggrieved. It is to the factories credit that they always blunt the destructive impacts of these strikes.

Dhaka, surrounded on three sides by rivers has mostly expanded northwards into the Ghazipur or in the southeast across Shitalakhshiya tiver into Narayanganj. Most factories are located in these two districts, 30 to 50 kilometres away from the city. On strike days, the senior staff living in Dhaka starts off at dawn. It’s when the baton charging and brick-throwing party goons paid to force the strike, lie asleep. Turning up at this hour is rewarded with a company breakfast and an hour long nap at their desks. By 8am, the workers who are mostly females, start arriving on foot from nearby villages. The goons only threaten motorised transport.

It is an astonishing sight when thousands of female workers throng at the factory gates. Quickly they swap their attendance cards with proximity chips that will automatically calculate their wages. Within minutes the factory floors start humming with sewing machines; one more day when capitalism triumphs over politics of confrontation.

Out of the $200 billion West spent on sourcing cheap garments, China holds $80 billion share while the next two contenders Turkey and Bangladesh hold $30 and $21 billion apiece while India, Vietnam, Indonesia, Philippines, Sri Lanka and Pakistan jointly account for another $50 billion. China’s wage rates have crossed $1/hour and are climbing. Consequently, manufacturing garments at this wage rate is untenable. Its $80-billion slice is up for grabs.

The only countries that can pitch a matching labour capacity are India, Bangladesh and Pakistan. They have millions of uneducated, unskilled and out of work labour force. Surprisingly, this industry thrives on them. With mundane tasks like pressing, folding or packing taking days to master and more skilled task like operating sewing machines a few weeks; the uneducated and unskilled workforce becomes productive quickly.

Not so for the Indians, their labour laws have always had a socialist bent and have favoured unionised labour. To circumvent labour unions Indian garment factories keep their sizes small; making them less attractive for garment manufacturing. This leaves Bangladesh and Pakistan the only places that can absorb the giant capacity China is shedding.

Reasons for our downfall

This $80 billion export boom would not touch us. Our security situation has kept most western visitors out of our country. Without their prolonged stay and intense interactions with our factories to develop fashion products each season, there is very little hope that we would touch anything beyond a couple of billion dollars. Security remains the single most important factor for stalling our apparel industry. Tragically, on all other factors of production we hold a clear competitive advantage over Bangladesh.

With our inability to fix security, stop wanton killings and kidnappings for ransom for westerners and stemming the tide of religious militancy, most Chinese spoils would continue going to Bangladesh. Apparently, nothing will stop its march. Ever escalating wages, horrific industrial accidents and politics of confrontation notwithstanding; Bangladesh shall keep growing its share of the global apparel market for decades more.