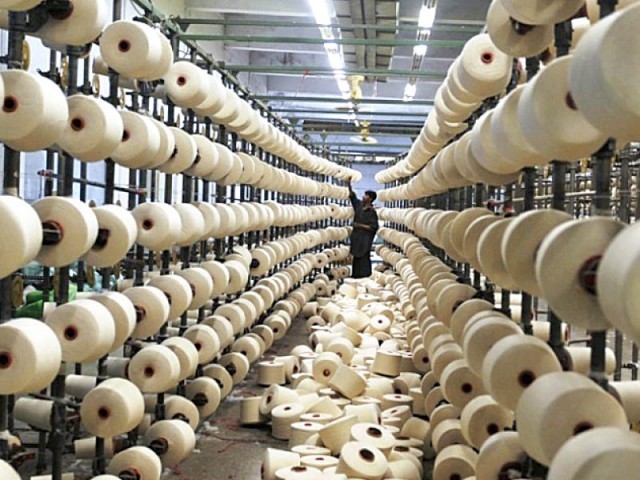 Pakistan Apparel Forum Chairman Jawed Bilwani said that government assured the clearance of the sales tax refund claims on fast track, 50% of the claims are paid while 50% are still deferred that is creating serious cash flow problems PHOTO: FILE

Value Added Textile Associations chairmen have urged the government not to increase sales tax on value added textile exports from the current 2% to 5.5% as it will not bode well for the export-oriented sector.

In a joint statement on Saturday, Pakistan Apparel Forum Chairman Jawed Bilwani said that this vital export sector is already burdened and crushed with the 2% sales tax and is facing severe liquidity problems.

He said that while the government assures the clearance of the sales tax refund claims on fast track, 50% of the claims are paid while 50% are still deferred that is creating serious cash flow problems for the industry.

Bilwani said that the government knows how serious sales tax refund problems have become for the exporters and these problems will only increase with the sales tax on value added textile products.

In view of the above-mentioned situation, we most fervently appeal to the Ministry of Finance not to impose 5.5% sales tax on exports. We demand government to bring “No Payment No Refund” system for this export-oriented sector, which is zero-rated globally because exports are a source of earning valuable foreign exchange for any nation, the release said.

Pakistan exports only 13 value added textile items out of 950 that are traded worldwide despite having an edge over many of its competitors including Bangladesh that is not known as a cotton-growing nation.

Pakistan is the fourth largest cotton producing country in the world but it failed in converting this local produce in to value-added products. It fetches only 1.17 billion dollars per million bales whereas its competitors Bangladesh gets 6.17, China 7.09, South Korea 10.68.