The politics of the CTBT

The politics of the CTBT 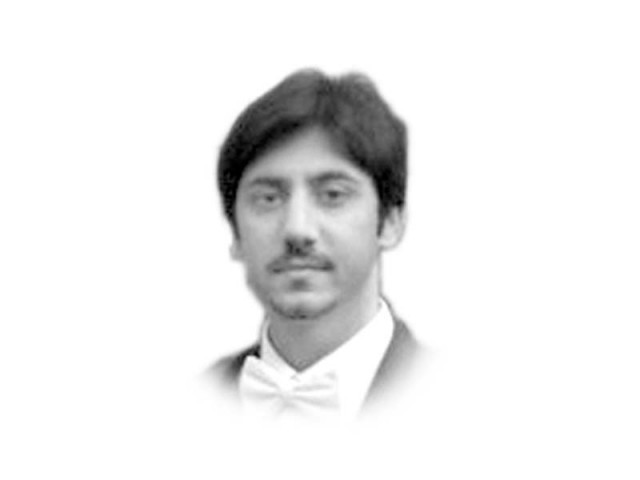 The writer is Special Assistant to Federal Minister at the Ministry of Planning, Development & Reforms. He tweets @HNadim87

The Comprehensive Test Ban Treaty (CTBT) is not a nuclear issue anymore. It’s actually a political one with nuclear powers pointing fingers at one another for not doing enough to ratify the treaty. However, most of the countries at the moment face internal problems –– both political and legal –– that are becoming their serious barrier to entry to the CTBT.

This was the highlight of the UK Project on Nuclear Issues (PONI) event that was recently organised by Royal United Services Institute for Defence and Security Studies (RUSI) in London where I was representing Pakistan’s view on the CTBT.

Pakistan is, what I like to call, a reluctant nuclear power. It never really chose to be one; instead it was forced to take that path. Having lost half of the country in the 1971 war with India, the 1974 nuclear tests conducted by India sent an alarm throughout the security apparatus of Pakistan, thereby creating a serious security dilemma. For the next two decades, the establishment of Pakistan had a one-point agenda: develop nuclear capacity, and on the road to that, the country deprioritised everything else. Whether right or wrong, that is how the Pakistani establishment looked at the problem back in the day. Moreover, Pakistan was never the first one to test its nuclear capacity either. In 1998 again, it was India that went ahead with the tests, forcing Pakistan to follow. Hence, began the nuclear arms race in the region that Pakistan had to reluctantly be a party to.

Given that context, what are some of the barriers to entry to the CTBT for Pakistan? At the moment, after 16 years of nuclear tests in Pakistan, the barriers to entry are both external and internal. Externally, Pakistan has been in a state of war throughout most of its existence with two of its neighbours not accepting its borders. Given the Kashmir issue, it is highly unlikely that Pakistan will be able to reach that level of trust to sign and ratify the CTBT without India doing it first. Signing it means political responsibility, and ratification means legal responsibility that neither of the countries is ready to consider at the moment.

Another barrier to entry is driven by how Pakistan is treated differently from India on the subject of nuclear technology. While India and Pakistan have the same status on the nuclear issue, the United States went ahead and offered a civil nuclear deal to India and extended its support to become part of the Nuclear Suppliers Group, whereas Pakistan was completely ignored on that front. Such discrimination creates a serious hurdle for Pakistan to even consider the CTBT.

The external narrative on Pakistan’s nuclear capacity has a direct impact on its internal barriers to entry. For instance, there are non-state and political actors who have labelled the nuclear bomb as an ‘Islamic bomb’. The amount of sentiment and significance that has been attached to the nuclear bomb in Pakistan goes beyond just politics.

However, the depressing part is that despite all the technical issues associated with the CTBT, Pakistan’s desperate efforts to denuclearise the region have failed. The security establishment is well aware that India’s nuclear ambitions are not solely targeted towards Pakistan, but that India has international aspirations as well, which is why to reduce the burden, Pakistan has over the years made several attempts to sort out the nuclear issue. On 22 occasions –– internationally and elsewhere –– Pakistan has endorsed the CTBT, whereas India has always rejected it.

For Pakistan, achieving some level of trust and understanding with India on the issue is not just a high priority, but something that’s extremely beneficial. With a halt on the nuclear arms race, Pakistan can focus its efforts and energies on developing its economy, infrastructure and pacing up its efforts on achieving the MDGs. The nuclear issue is holding back Pakistan, and Indian arrogance on the subject isn’t helping the cause either.

The only way forward on the CTBT is by solving the pressing border problems, the Kashmir issue, and cross-border militancy. Also, it is important to educate the people in Pakistan and India on the nuclear programme to flush out the emotions attached to the bomb so that pragmatism can prevail.