A senior offici­al says it is 'still too early' to say if the inform­ation provid­ed by Iran is credib­le.
By AFP
Published: May 24, 2014
Tweet Email 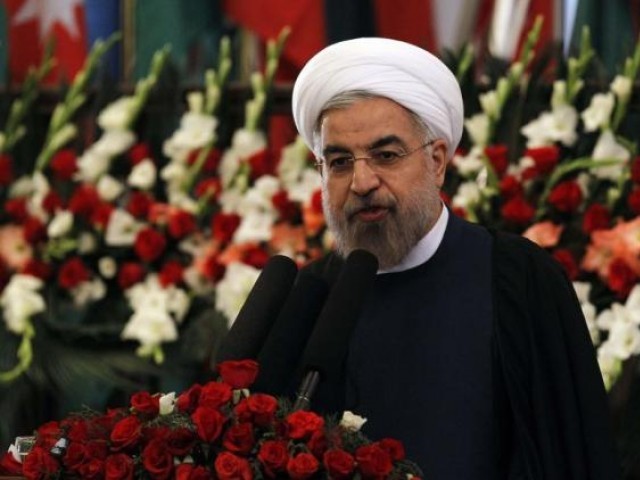 Tehran handed over information related to detonators that can be used for several purposes but also for a nuclear weapon under a key November interim nuclear deal, the quarterly report, seen by AFP, showed.

In technical meetings with the United Nations (UN) atomic watchdog in late April and earlier this week in Iran, Tehran provided “information and explanations, including showing documents, to substantiate its stated need and application of EBW (Explosive Bridge Wire detonators),” the report by IAEA director-general Yukiya Amano for member states said.

“Iran showed information to the agency that simultaneous firing of EBW was tested for a civilian application,” it went on.

“This is the first time that Iran has engaged in a technical exchange with the agency on this or any other of the outstanding issues related to possible military dimensions to Iran’s nuclear programme since 2008.”

The EBW issue was part of seven “practical measures” that Iran agreed with world powers under a November interim deal and due to be fulfilled by May 15.

All have been implemented, the IAEA said in its report, indicating that Iran was sticking to its commitments.

Tehran agreed in November with the so-called P5+1 powers – the permanent members of the UN Security Council plus Germany – to roll back its nuclear programme to make it virtually impossible to make an atomic bomb in exchange for some relief from biting international sanctions.

The “possible military dimensions” of its nuclear programme have been of concern to the international community for years.

In November 2011, the IAEA reported it had intelligence that Iran had until 2003 and possibly since then conducted research into developing nuclear weapons.

Iran on the other hand insists its nuclear programme is merely for peaceful, civilian purposes.

Under the November deal, Iran also agreed to convert and dilute its entire stockpile of medium-enriched uranium, making it more difficult to quickly produce the weapons-grade material needed for a bomb.

Of this stockpile, 38.4 kilogrammes of 20% enriched uranium was still awaiting conversion – down from 160.6 kg in February – the report said.

Iran has until July 20 to complete this work.

The enrichment programme otherwise remains frozen, with no uranium enriched to levels above five per cent and no new centrifuges installed at its enrichment facilities, the IAEA found.

Enriched uranium can be used to make nuclear fuel but also to make the core of an atomic bomb.

A senior official close to the Iran dossier said Friday that it was “still too early” to say if the latest information provided by Iran – including on the detonators – was credible, but welcomed the atmosphere during discussions between the UN agency and its member state.

“We have a lot of new information, which is a good thing… the engagement and cooperation has been improving all the time. In that respect that’s a positive developement and a positive step forward.”

For Kelsey Davenport of the Arms Control Association, the IAEA report showed “that Tehran is fulfilling its obligations and willing to be more transparent about its nuclear activities.”

The report comes a week after a fourth round of talks between Iran and the P5+1 in Vienna, which ended with no apparent progress towards a comprehensive deal over Tehran’s nuclear programme.

Failure to reach a deal by July 20 could spark a conflict – neither Israel nor the US have ruled out taking military action – and set the stage for a nuclear arms race in the Middle East.

Iran’s President Hassan Rouhani insisted on Thursday however that a timely deal by the end of July was “very likely.”