DPO says Nadeem confes­sed his motive was to punish childr­en’s mother.
By Our Correspondent
Published: May 24, 2014
Tweet Email 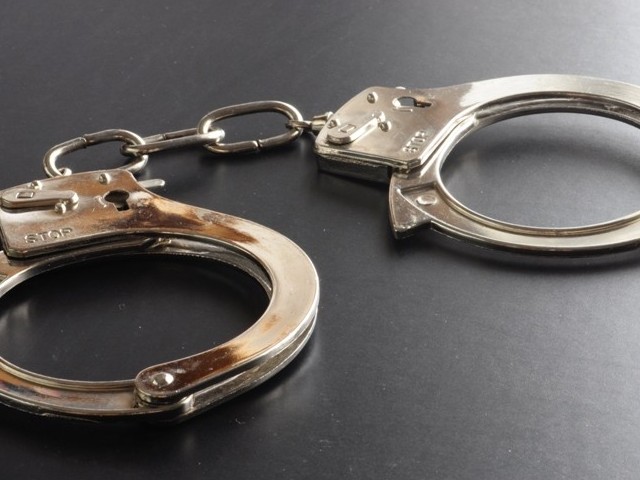 The suspect was produced before the court of the area magistrate. PHOTO: FILE

A man wanted for murdering his nephews – Mehr Ali, 8, and Qadir Ali, 4 – was arrested and sent on judicial remand to Mansehra jail by the Abbottabad district court on Friday.

Abbottabad DPO Muhammad Ali Khan Gandapur told The Express Tribune that police raided a house in Dabran village and arrested Nadeem on Thursday evening. A double murder case was registered against him by the Murree police and officials have been searching for the suspect since April 14. His name and picture was released to all the airports as he was scheduled to leave Pakistan for Saudi Arabia on April 18.

According to the police report, Nadeem, a resident of Lora village in Havelian, took his nephews to Murree for a picnic on April 13 and later slit their throats, dumping their bodies in a forest in the limits of Trait police station in Murree. Mehr Ali and Qadir Ali were found dead after their injured six-year-old brother Zain Ali managed to survive and find help. Zain underwent surgery at Pakistan Institute of Medical Sciences in Islamabad and remained in the hospital for over a month.

On Friday, the suspect was produced before the court of the area magistrate, who sent him on judicial remand to Mansehra district jail, the DPO said. The murder took place in the jurisdiction of Murree police, which is why Nadeem will be interrogated in Murree after getting permission from the court, he added.

An official at the Cantonment police station, Abbottabad, claimed Nadeem confessed to the ghastly murders of his nephews, admitting he wanted to punish their mother, Haleema, who is his cousin. He said he wanted to marry Haleema’s sister, but she continuously created hurdles in his proposal.

Earlier, some of the victims’ family members had told police they suspected Nadeem could have killed his nephews on the advice of a pir, based in Murree, that he is a follower of. The police source said the suspect denied these allegations.

The deceased boys’ father, Ziaur Rehman, initially told police the accused may have killed his sons to settle a score with his wife who was opposed to Nadeem’s proposal for marriage to her younger sister.

North Waziristan operation: ‘PM did not bother to take parliament into confidence’