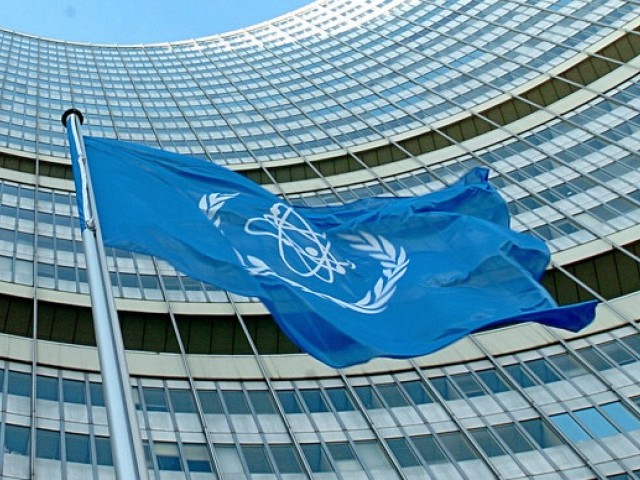 Iran has pledged to arranging an IAEA visit to a centre conducting research into new types of centrifuges which could enrich uranium at a much faster rate, and access to a facility making centrifuge parts, the IAEA said. PHOTO: AFP

VIENNA: Iran has agreed to address some of the many long-held allegations that it conducted research into making nuclear weapons before 2003 and possibly since, the UN atomic watchdog said Wednesday.

The International Atomic Energy Agency said that Iran, which denies ever having sought nuclear weapons, has undertaken to implement five new “practical measures” by August 25.

These included two steps related to what the IAEA calls the “possible military dimensions” (PMD) of Iran’s nuclear programme — in other words efforts to design a nuclear bomb.

The announcement comes after an apparently largely fruitless fourth round of talks between Iran and six world powers in Vienna last week towards a comprehensive deal over Tehran’s nuclear programme by a July 20 deadline.

One of the key elements in this sought-after deal would be Iran addressing the PMD allegations, which the IAEA set out in a major report in November 2011 and which it has been pressing Iran to answer ever since.

That report said that the evidence it has been given, which the IAEA judges to be “overall, credible”, indicated that Iran “carried out activities that are relevant to the development of a nuclear explosive device.”

Iran says that the trove of evidence presented by the IAEA on these activities, which the Vienna agency believes took place before 2003 and possibly since, is based on faulty intelligence provided by the CIA and Israel’s Mossad.

The first new PMD step is “exchanging information” with the IAEA on allegations related to the initiation of high explosives, “including the conduct of large-scale high explosives experimentation in Iran”, the IAEA said Wednesday.

The second is Iran providing “mutually agreed relevant information and explanations related to studies made and/or papers published in Iran in relation to neutron transport and associated modelling and calculations and their alleged application to compressed materials”.

The 2011 IAEA report said that it was “unclear” how the application of such modelling studies could be used for “anything other than a nuclear explosive” and that it was “essential” that Iran provide an explanation.

Two other steps announced on Wednesday concern Iran’s current nuclear programme, in particular with regard to uranium enrichment, which can provide fuel for nuclear reactors but also the fissile core of a nuclear weapon.

In their mooted nuclear deal with Iran, the six powers want Tehran to reduce drastically its uranium enrichment activities, something which the Islamic republic is loath to do.

Iran has pledged to arranging an IAEA visit to a centre conducting research into new types of centrifuges which could enrich uranium at a much faster rate, and access to a facility making centrifuge parts, the IAEA said.

The final step involves giving the IAEA greater oversight on Iran’s new Arak reactor, which Western countries fear could provide Tehran with weapons-grade plutonium once it is operational.

It remained unclear however whether seven other steps agreed in February between Iran and the IAEA had been completed by a May 15 deadline, with the IAEA saying only that “good progress” had been made.

These seven steps included one related to the possible military dimensions probe — Iran’s stated need for a type of detonator that can be used in a nuclear weapon but which also has other uses.

“Given that the Iranians apparently missed the May 15 deadline for addressing the detonator issue, they had to do something to try to regain moral high ground,” said Mark Fitzpatrick, analyst at the International Institute for Strategic Studies.

“But we needn’t be too cynical; more transparency is to be welcomed,” Fitzpatrick told AFP.