PM Nawaz was presen­t in the house but only as a specta­tor.
By Qamar Zaman Kaira
Published: May 16, 2014
Tweet Email 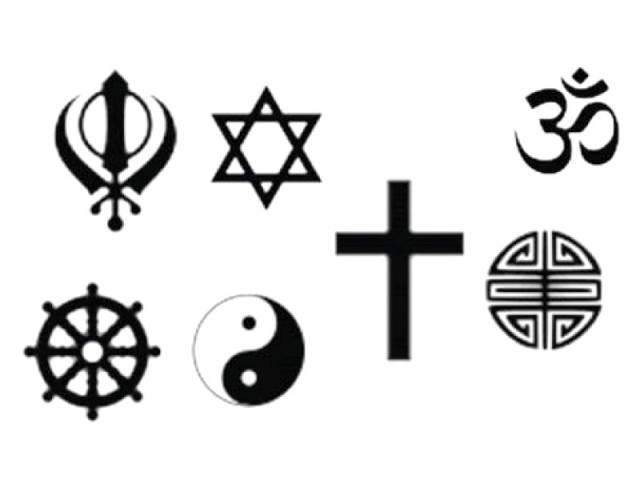 PM Nawaz was present in the house but only as a spectator. PHOTO: FILE

In a rare show of unity, members of the lower house rose above partisanship and passed a unanimous resolution asking the government to take steps on a “priority basis” to safeguard the holy places of minorities.

The multi-party backed resolution, which also demanded the deployment of special security personnel at minorities’ places of worship, was moved by Dr Ramesh Kumar Vankwani of the ruling Pakistan Muslim League-Nawaz (PML-N).

“This house strongly condemns the attacks on holy places of minorities – dharmshalas in Larkana, Hanuman temple Tateh Chok, Hyderabad, Parbraham Ashram Verijhap, Thar district and the martyrdom of Shrimad Baghwat Geeta and Shree Guru Granth Sahib at Madeji, Shikarpur district. This house resolves that the necessary steps are taken on a priority basis by the government to safeguard the holy places of minorities. This house urges the government that all holy places must be registered forthwith and special security personnel deployed there to prevent any such incidents in future,” the resolution said.

PM present but only to hear Dar’s speech

Finance Minister Ishaq Dar took the floor and received a loud applause from the treasury benches that witnessed an unusual presence of almost every PML-N member due to another unusual happening – the presence of Prime Minister Nawaz Sharif in the house.

Though the premier attended the session after a long break, he performed the role of a zealous spectator and participated in desk thumping instead of making any statement.

“Due to the efforts of the government, the economy is back on track and showing positive economic indicators in areas of debt retirement, inflation, revenue collection and GDP growth,” said the finance minister in his long speech.

When the PML-N government took power, inflation was jumping high and growth taking a nosedive, he said, taking credit for the positive economic indicators.

“I have issued directions that calculations for the next budget should be made with the exchange rate to be Rs99 to a dollar.” Dar said that perhaps some people could not digest the economic recovery and appreciation of the Pakistani rupee, even though this has happened for the second time during PML-N’s rule.

Referring to an article published in the press, the finance minister, without naming the publication or the writer, said that some pseudo-intellectuals were misleading people through figures about public debt. Those figures were quoted by Imran Khan in his speech recently, he added.

The finance minister said the Federal Board of Revenue’s collection had jumped to Rs1.74 trillion in ten months of the current fiscal as compared to Rs509 billion in the corresponding months of last year.

Budget deficit was within the limit of budgetary projections and was at 4% in that period. Remittances reached Rs12.89 billion in first 10 months with a rise of 11.4% as compared to Rs11.57 billion last year. Meanwhile, exports registered a 6.1% growth in nine months, he proudly added.

He also defended the loans from ADB and World Bank saying, “These were concessional loans and it is criminal to lose them.”