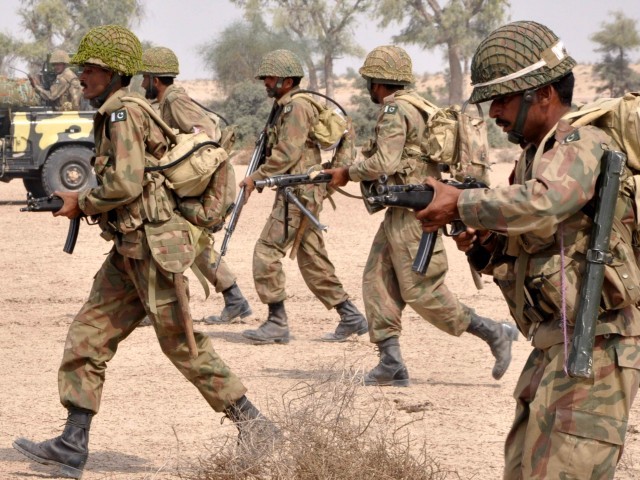 Security forces have intensified operations against militants in the region. PHOTO FILE/EPA

A convoy of security forces was attacked by militants in the district of Bayezai in Mohmand Agency on Monday.

The militants opened fire at the convoy before the security forces were able to retaliate. No casualties have been reported. The militants, however, managed to escape.

Meanwhile, several people were reported injured in an attack on a passenger van in Jawaki FR Kohat.

The injured were rushed to a hospital, with reports saying that they none of them were in a dangerous condition.

Attacks on security forces have registered a rise over the past few days in Orakzai agency, where a military operation is being carried out since March this year.

On Thursday, 17 militants were killed in two separate incidents of violence in Orakzai and Mohamand agencies, security sources said on Thursday.