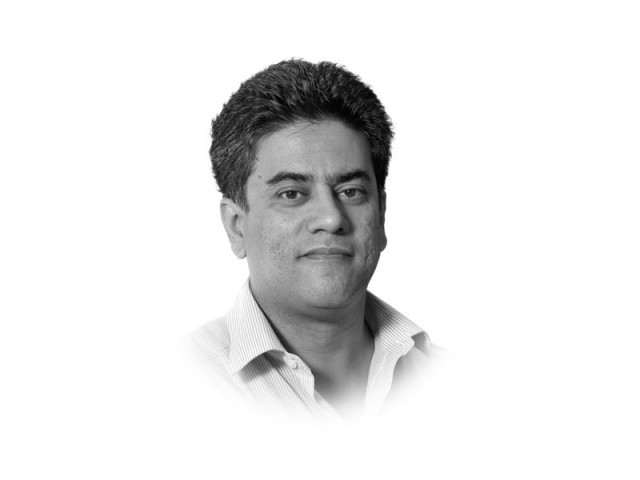 It is easy to talk about media ethics, very difficult to practise them — ever since I have started to lecture in an honorary capacity with the Coalition for Ethical Journalism in Pakistan, this is the standard response I get when interacting with fellow practitioners. I think the only reason many journalists listen to me in the first place is because of my 23-year experience in the field, much of which has been in reporting. I honestly believe that as journalists, we need to strive towards accountability from within. Many disagree.

So when I am given the standard observation of practice versus theory, I have two responses to this. First of all, I start off by saying that a discussion on media ethics allows journalists to know the difference between right and wrong. In my experience, most mistakes made by journalists while reporting on a particular subject come from ignorance and not ill-intent. And second, that there have been instances in the past where journalists got together and came up with a code which they then abided by. It has been done before.

One is reminded of the code agreed upon by news directors some years back over how to cover terror attacks. It had simple things like not going too close to the point of the incident and also be wary of a second bomb blast following the first. Had such a practice been adopted earlier, maybe valuable lives would have been saved as we saw in the case of some incidents in Peshawar and elsewhere. We now have to build on this.

At the Multan Press Club, where I gave a lecture last week on the media landscape as part of the efforts of the CEJ, journalists remained sceptical. They had a point. They asked me how I could  talk of ethics at a time when they had received pamphlets warning them not to write on the issue of the murder of human rights lawyer Rashid Rehman. These pamphlets started appearing soon after Rehman’s murder. It seems that they had been printed in advance.

Rehman was a much loved figure in Multan’s legal and media circles. Many recall how he would travel hundreds of kilometers in his battered jeep to meet up with victims of injustices. Many of the journalists travelled with Rehman. Now they cannot write about him. Imagine their helplessness.

But there is more to this. When I went to condole with the family of Rehman and as we were saying our Fateha, we heard a series of explosions outside. The family, already on edge after the murder of Rehman, took it in their stride. They tried not to panic but the tension was very much there. It later transpired that they were sounds from fireworks.

Professor Tauseef Ahmed Khan who teaches at Federal Urdu University in Karachi and is a family member, was at that point telling me how the deceased had asked for police protection after receiving a series of threats — one of which was given to him in the court in front of a judge. But the government did nothing. Now, as if to make up, there were four policemen sitting on a charpoy on the gate of the simple house located in Tipu Sultan colony, a middle income neighbourhood of Multan.

As I walked out, I saw that the explosions were followed by a band playing loud music. There was a wedding taking place. What was obscene to me was that the family was celebrating in such a manner at a time when the house next door was mourning the death of their bread-winner. And these two have been neighbours for decades. Helplessness is one thing, this is quite something else.

We are all shocked at the murder. More so the Human Rights Commission of Pakistan, whose  chairperson, Zohra Yusuf, is devastated. The HRCP has, to date, lost six of its members in similar circumstances. Five of them — Naeem Sabir (2011), Siddique Eido (2011), Zarteef Afridi (2011), Ahmed Jan Baloch (2013) and Rashid Rehman (2014) — were killed in the line of duty. The sixth victim, Malik Jarrar Hussain (2013) was victim of a sectarian killing. No one linked to the murders has been arrested. Where do we go from here?

Who will be the next Indian army chief?