The BJP that had taken Varana­si as a cakewa­lk for Modi, has starte­d feelin­g the heat.
By Seema Mustafa
Published: May 9, 2014
Tweet Email 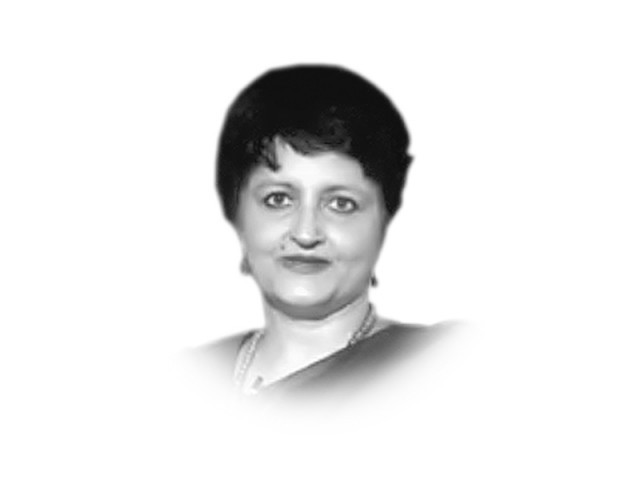 The big battle for Varanasi will finally reach closure on May 12 in the last phase of polling in this rather long-drawn-out election. It has become a tense fight, as late starter Aam Aadmi Party’s Arvind Kejriwal seems to have crawled up from the back to give sufficient moments of worry to the BJP and the 40,000-odd Rashtriya Swayamsevak Sangh (RSS) pracharaks (workers campaigning through personal contact) who have flooded the city. This has been evident in the last-minute decision of the BJP’s prime ministerial candidate, Narendra Modi, to address a large number of meetings in the ancient city and thereby ensure that he not just wins the Lok Sabha seat, but does so with a record margin.

Varanasi was Modi’s city when the campaigning started over a month ago. His right-hand man, Amit Shah, had done a good job of consolidating the city behind Modi, with promises of religiosity, development, a new future, a good administration all being woven into one heady mix. There was a consolidation of sorts, but fortunately not a polarisation of religious communities, with all the secular parties like the Samajwadi, Bahujan Samaj Party, Congress and Communists fielding candidates as well.

Kejriwal, as per his initial promise, announced his candidature from Varanasi, but after the first roadshow he virtually disappeared. He returned, however, a month ago to camp in Varanasi and begin a serious, house-to-house, village-to-village campaign, taking care not to communalise it, but to appeal to all sections for a vote against corruption. He was attacked, his workers were taunted and beaten reportedly by BJP workers, but as this did not go down well with the dignified electorate of the city, the tactics were eventually dropped. Thousands of volunteers have moved into Varanasi to campaign for Kejriwal with students, academics, young professionals taking a month off in what they all believe will be a ‘fight for India.’

The BJP that had taken Varanasi as a cakewalk for Modi, has started feeling the heat. In fact, several of them are campaigning in the city today who insist that Kejriwal could even win this election. While this does appear to be in the realm of wishful thinking at the moment, it is apparent that he is on the rise and the final election will be fought between him and the BJP. But the general impression is that he has gained ground substantially and is getting considerable support in the rural areas where the BJP does not have a strong foothold.

As a counter to this, Modi decided to carpet-bomb Varanasi with roadshows and public meetings on one single day. The Varanasi district magistrate and the election commission, however, took the view that one particular public meeting could be a security risk and did not give permission. Thousands of BJP workers, many from outside Varanasi, took to the streets with the residents of Varanasi going indoors for fear of violence. The election commission, a constitutional body, was attacked by Modi and top BJP leaders to the point where the chief election commissioner came out in a press conference to make it clear that the autonomous institution was acting in accordance with the law and would continue to do so regardless of the attack on it.

The face-off, loud and aggressive insofar as the BJP was concerned, was a sad comment on the politician per se. The electoral body has carried out a mammoth task of conducting the Indian elections peacefully, has allowed over 3,000 public meetings across the country and has ensured that despite the palpable tension underlying this parliamentary election, there has been no violence or serious disruption of peace. All other political parties in the fray in Varanasi, in fact, complimented the election commission for its decision and for ensuring that no risks were taken at this crucial juncture.

May 12 will seal the ballot boxes and the fate of the high-profile candidates from Varanasi. Modi is contesting from two constituencies, including Vadodara in Gujarat from where he will win by a high margin undoubtedly. Kejriwal is contesting only from Varanasi. The scales still weigh in favour of Modi, but then elections in India are always unpredictable and it is not unknown for the tortoise to spring a surprise when the hare is least expecting it.