MQM calls for a day of mourni­ng today after bodies of 4 party worker­s are discov­ered in Karach­i.
By Our Correspondent
Published: May 2, 2014
Tweet Email 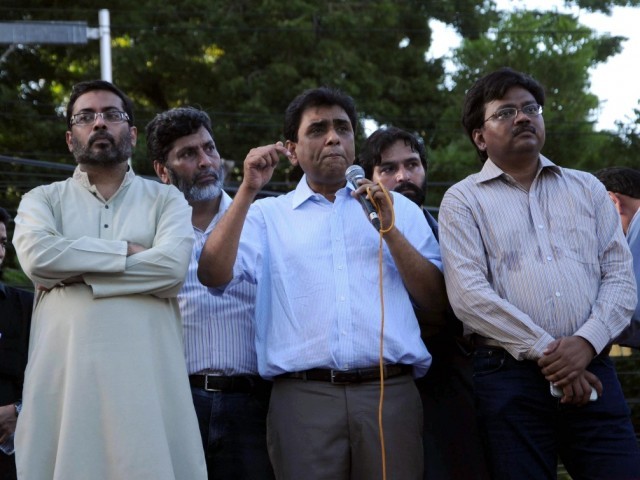 KARACHI: Just nine days after joining the provincial government, the Muttahida Qaumi Movement (MQM) has called for a day of mourning today (Friday) after the bodies of four party workers were discovered in Karachi on Wednesday night.

Speaking at a news conference in Karachi on Thursday, MQM Deputy Convener Khalid Maqbool Siddiqui announced the party will hold a peaceful protest to mark the day of mourning ‘as it was their right to do so’.

MQM says six activists of the party were picked up by law enforcement agencies on April 13. Reports claim the bodies of four were discovered in bushes outside the city’s limits. Two of the men picked up that night are still missing, according to party sources.

It was announced that while two of the men had been buried, the funeral for the other two would be held today (Friday).