With no film backgr­ound, Kangan­a has made a niche for hersel­f in Bollyw­ood where star kids almost rule the roost.
By IANS
Published: May 1, 2014
Tweet Email 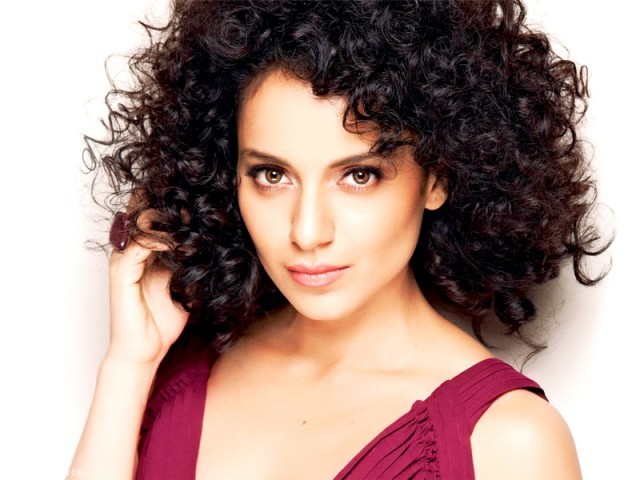 Kangana Ranaut admits the perception about her and her ability to perform has changed over the years. PHOTO: FILE

Her performance in recent movies like Queen and Revolver Rani has earned Kangana Ranaut the epithet of being Bollywood’s ‘rani’. She says she has been receiving respect and acknowledgment for her work like never before.

“I feel this is a beautiful time of my life. I’ve never been respected or treated the way I am right now…the way people have really acknowledged what I do. It is nice,” said Kangana.

Coming from Himachal Pradesh and with no film background, Kangana has made a niche for herself in Bollywood where star kids almost rule the roost.

Her choice of movies and roles has always been distinct – sample her act in Tanu Weds Manu vis-a-vis her role in Revolver Rani, or Gangster – A Love Story or Fashion.

As a viewer, too, she prefers to watch the kind of cinema she is part of.

She admits the perception about her and her ability to perform has changed over the years. “The perception has changed. But also, initially, there weren’t so many great roles and female actors were all about glamour, with roles where they were tortured by the world…it was all about making a stereotypical film. But there is a variety of films now, and it’s great,” she added.

Kangana was being interviewed on the sidelines of the NDTV Indian of the Year Awards, where she was honoured as the Actor of the Year.

Not so long ago, Kangana had stated that she would say no to award ceremonies, but she found this particular award ceremony “credible”.

“It is credible. First, I said no for the award, then I got a personal letter from Prannoy Roy (the channel’s head honcho) and it convinced me to come here. It is not a filmy award – they award people from all fields, and that’s why I came,” she said.

Her happiness knew no bounds when she learned that actor-filmmaker Aamir Khan was going to present her the award.