Words of gratitude from senior Bachchan

Words of gratitude from senior Bachchan 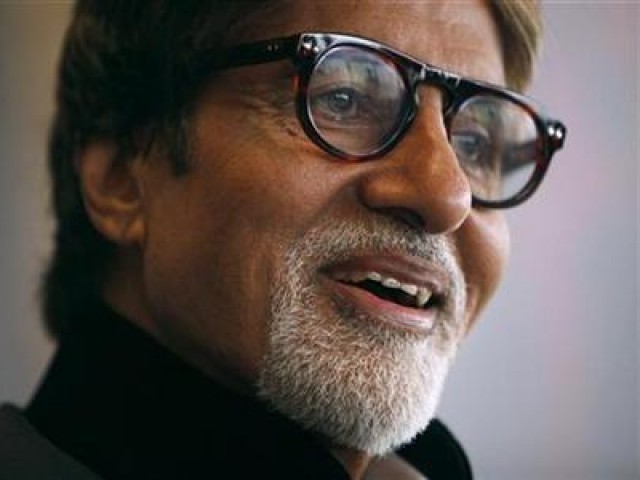 Amitabh’s larger-than-life persona has earned him the status of an unprecedented icon for the public. PHOTO: REUTERS/FILE

In a move that will hopefully augur well for the Indo-Pak peace process, Senator Chaudhry Shujaat Hussain invited Amitabh Bachchan to visit Pakistan, where the megastar’s ancestral roots can be traced back to. “Since your mother was born and bred in the Faisalabad district of Punjab, you should come here and visit the places where your mother spent time. Your visit will also promote peace between the two countries,” he wrote to Amitabh.

Expressing his gratitude on receiving the invitation, Amitabh recently wrote back to the Senator. Although the letter is careful both in tone and content, it is inarguably a great gesture on Amitabh’s part. In the letter, he shares the fond memories he has of Pakistani people, recalling the prayers that they extended to him during his injury on the sets of Coolie (1983).

The superstar hasn’t specified a date or even stated ‘if’ he will be visiting the country soon.

But if Amitabh was to visit, what could it mean for his fans in both India and Pakistan? Amitabh’s larger-than-life persona has earned him the status of an unprecedented icon for the public. Interestingly, many people live vicariously through their idols in the industry; they internalise the experiences of those who they admire. Amitabh’s visit would expectedly help in neutralising the image of both the countries in the eyes of their people. A copy of the letter that Amitabh Bachchan sent to Senator Chaudhry Shujaat Hussain. PHOTO: FILE

Over the past few months, there has been an inflow of notable Indian artistes in Pakistan. Veteran actors Shabana Azmi, Naseeruddin Shah and Om Puri are among those who recently visited the country in an attempt to strengthen the often challenging Indo-Pak relationship.

As mascots of change, they called for peaceful co-existence with unswerving faith. Not only are their efforts appreciable, but also timely. Amid rising concerns that the expected victory of Bharatiya Janata Party’s Prime Ministerial candidate Narendra Modi in the ongoing Indian general elections won’t bode well for Pakistan, cultural diplomacy has become more important than ever.

So, we hope that Amitabh graces the people of Pakistan with his presence soon.

Moods, moments and victors at IIFA 2014