Empowering people: Each Balochistan city to have natural gas in 3 years, says PM

Empowering people: Each Balochistan city to have natural gas in 3 years, says PM 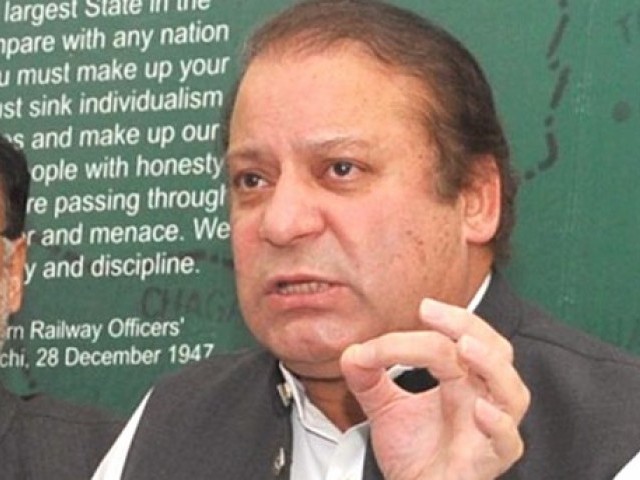 The government would ensure that every city of Balochistan is provided with natural gas within three years, announced Prime Minister Nawaz Sharif on Friday.

Inaugurating the 404-megawatt (MW) Uch-II Power Plant at Dera Murad Jamali, he said Balochistan was neglected in the past, but his democratic government would take necessary steps to mitigate the deprivation of the people of the province.

The power project will contribute an aggregate 990 MW of gross electricity to the national grid. The Uch-II Power Plant, an independent power plant (IPP), has been constructed by GDF SUEZ, a French energy company presently working in 70 countries.

During his address at the inauguration ceremony, PM Nawaz said his government had planned a big development programme for Balochistan. He also announced the installation of two separate power lines from Uch-II to Naseerabad and Sibi Divisions of the province.

He said the project was significant because it would be dependent on indigenous gas, therefore, substituting expensive liquid fuel and saving foreign exchange. Moreover, the Uch-II is a landmark project as it has been set up in the province of Balochistan, he added.

The premier commended the contribution of GDF Suez for the successful commissioning of the project, which he said was a valuable addition to the national grid.

GDF Suez has been Pakistan’s reliable energy partner for many years and was also playing its role in the socio-economic development of the province. He invited the French company to undertake more investment in the country’s energy projects.

Nawaz Sharif said the electricity shortfall in the system had an extremely negative impact on the development of the country and new power projects were being constructed using conventional and renewable energy resources and technologies.

He mentioned that the government’s initiatives included the clearing of Rs500 billion in circular debt and the initiation of work on the Neelum-Jhelum and the Nandi Pur projects that will add 959 MW and 425 MW to the national grid, respectively.

Moreover, the development of the Thar Coal Project, Jhimpir wind power project in Sindh and other solar projects in Punjab are also prominent steps being taken to overcome the dire power shortage, the premier explained.

During his address, Balochistan Chief Minister Dr Abdul Malik Baloch said the project would help in overcoming the energy shortage and would invite further foreign investment in Balochistan.

He said the project would not only help in curtailing the power shortage, but also provide cheap electricity to consumers and save expensive oil imports.

Unfortunate journey: Six of a family shot dead in Swabi