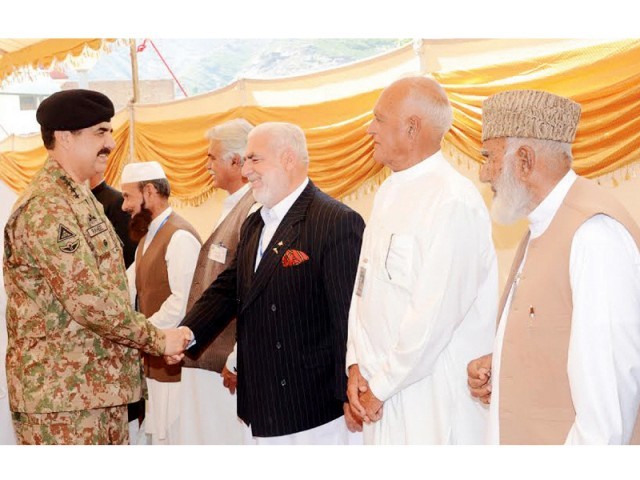 Chief of the Army Staff (COAS) General Raheel Sharif visited Swat on Wednesday and inaugurated a postgraduate college and a paramedical institute at Saidu Sharif. These projects were completed by Pakistan army engineers as part of the post-operation reconstruction phase under the UAE Pakistan Assistance Programme (UPAP).

According to an ISPR press release, 52 education and seven health projects have already been completed in FATA/K-P during the last few years by the army engineers in Malakand and Swat, reaching approximately five million people.

The Government Post Graduate Jahanzeb College is a state-of-the-art education facility for 600 students while Paramedical Institute Saidu Sharif will accommodate 300 students with a hostel facility for 82 boys and 52 girls.

The COAS thanked the government and people of the United Arab Emirates for their support in this noble cause, as these projects will significantly contribute in socio-economic uplift in the areas badly affected by terrorism.

The COAS reiterated that the army would continue to play its role in rebuilding the area and contribute towards long term peace, stability and social development.

UAE Ambassador to Pakistan, Essa Abdullah Al-Bassha Al-Noaimi and Director UPAP Abdullah Al Ghefeli along with other diplomats from UAE were also present on the occasion.