Allegations against the ISI

Allegations against the ISI

The ISI is a discip­lined organi­sation in which no indivi­dual or group can run his own agenda.
By Asad Munir
Published: October 30, 2010
Tweet Email 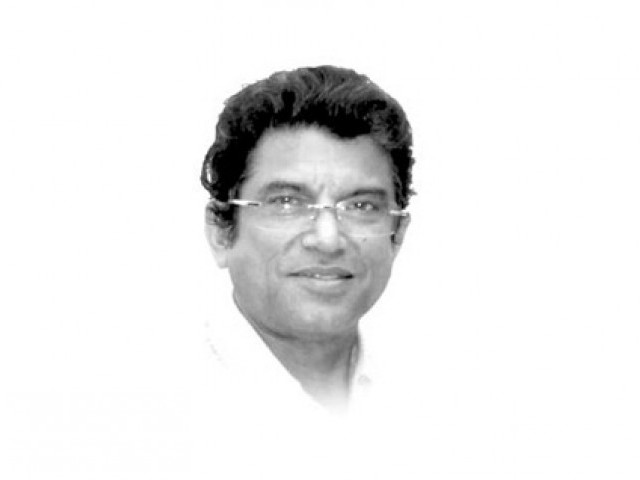 The writer is a retired brigadier who has served in Khyber-Pakhtunkhwa and Fata asad.munir@tribune.com.pk

Hillary Clinton, Matt Waldman of the London School of Economics and Wikileaks have blamed the ISI for their active support for the Taliban. This is not the first instance that an official of the US administration or a western research institute has directly, or indirectly, accused the ISI of having links with the Afghan Taliban and the al Qaeda leadership. This is a widespread impression, not only in the western media but also in the local media and the public of this country. Primarily, this perception is based on lack of information and ignorance about the role and functioning of the ISI.

A number of terrorist groups are operating in this region. The CIA, through the ISI, trained the Mujahideen to fight Soviet forces in Afghanistan. Muslims from all over the world were encouraged to come to Peshawar and Quetta. The ISI and CIA imparted training to these jihadis to fight Russian troops. In February 1989, Soviet troops withdrew from Afghanistan. More than 90 per cent of these foreign jiahdis left Pakistan for their own countries in 1989-90, including Osama. Therefore, the al Qaeda militants now fighting against the army are not those trained by the ISI in the 1980s.

The second group of militants is from Central Asia. They were not part of the Afghan jihad, since these states came into existence in 1991. These militants are mostly from the Islamic Movement of Uzbeks (IMU), formed in 1998. They came to Afghanistan, to train terrorists in camps, return to their countries and topple their regimes through violent means. In the post 9/11 scenario, they crossed over to South and North Waziristan. They received no training from the ISI.

The local Taliban first appeared in North Waziristan and Orakzai agency in 1998-99. The presence of foreign militants in Fata and their raids against coalition forces in Afghanistan, motivated people living in the tribal areas to raise a Taliban force in other agencies, in 2003-2004. The people, then at the helm of affairs, did not take this threat seriously. There was no consensus on how to tackle the local Taliban. Dialogues were preferred over army action. Various peace agreements, enacted between 2004 and 2006, enabled them to spread their influence to all agencies in the tribal areas. Operations by the army against the TTP prove that the latter had no links with the ISI.

The other group, known as the ‘Punjabi Taliban’, comprises members of the Lashkar-e-Jhangvi, Sipah-e-Sahaba, Jaish-e-Mohammad and various factions of Harkat. Once banned, groups from these outfits joined other terrorists in tribal areas. They are responsible for most of the terrorist incidents executed in Punjab.

The ISI was not involved in the creation of the Afghan Taliban, but established links with them once they captured Kandahar. The perceived presence of Indians in Afghanistan, the resurgence of the Taliban, the failure of coalition forces to secure Pashtun areas, the expected withdrawal of Nato forces, and offers of negotiation to the Taliban by Hamid Karzai are some of the factors which may have compelled Pakistan to review its Afghan policy. Even now, Pakistan would not like the Taliban to return to power and establish a radical regime in Afghanistan since this would promote Talibanisation within Pakistan. What Pakistan would most likely desire is that any future Afghan regime should not be hostile to Pakistan. The ISI is a disciplined organisation in which no individual or group can run his own agenda. Therefore, those who talk of individuals from the agency knowing Osama’s whereabouts are not familiar with the functioning of this organisation.

A third of all children in FATA without medical care